PHOENIX - The U.S. Drug Enforcement Administration has announced the seizure of more than 8 million fentanyl pills in Phoenix as part of a nationwide operation spanning over three months.

According to the agency, the pills - along with 980 pounds of fentanyl powder - were confiscated between May 23 and Sept. 8. Authorities say this equates to more than 36 million lethal doses of the drug.

DEA agents also seized 338 weapons during their "One Pill Can Kill" operation, including rifles, shotguns, pistols and hand grenades.

Most of the seizures in Arizona are reportedly linked to the two primary Mexican drug cartels responsible for trafficking fentanyl into the United States: the Sinaloa and the Jalisco New Generation cartels.

The DEA says that in many cases, cartels are using social media apps like TikTok, Snapchat and Instragram to recruit smugglers and sell the illegal drugs.

Authorities have warned the public about the emergence of "rainbow fentanyl," which consists of multi-colored variations of the drug. Federal and state officials claim that this is meant to make the drug more appealing to children.

Just two milligrams of the drug - an amount that could fit on the tip of a pencil - could kill someone. 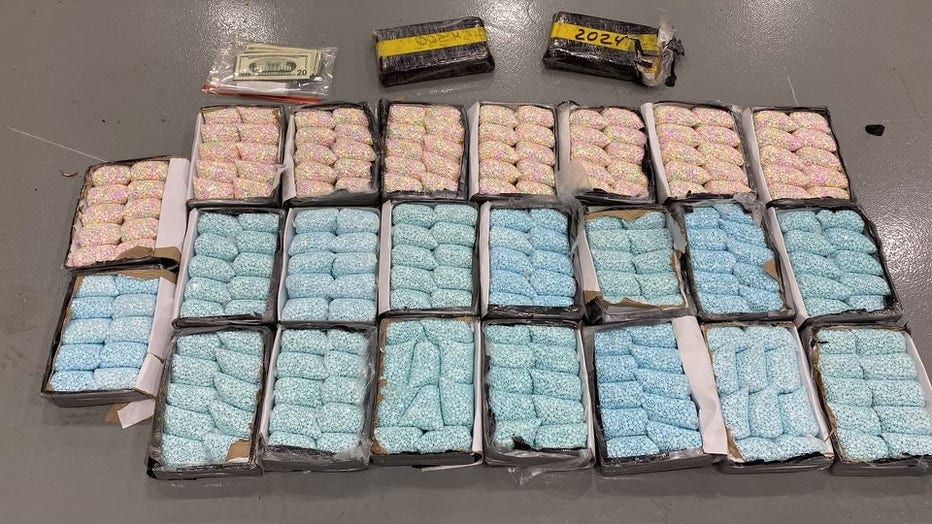