Karen Perry lost her three young children and their father when their plane crashed into the Superstition Mountains 10 years ago on Nov. 23. She now lives at a home that overlooks the mountain, bringing her closer to those who she misses most.

The majestic Superstition Mountains in the East Valley are a beautiful landmark, considered to be a touchstone for all who live there.

Ten years ago on Nov. 23, it was the site of an awful tragedy. On the eve of Thanksgiving in 2011, the community's hearts collectively sank when a plane carrying six people crashed into the mountains and everyone on board died.

Three young children and their father were among the victims.

The childrens' mother, Karen Perry, who lived just miles from the crash site, was sick in bed that night – unaware anything was wrong until the phone rang.

"I got a phone call from my nanny and she was in tears and I said, 'What's the matter?' And she said, 'There's been a plane crash,'" Perry recalled of the conversation. "I was totally in shock and I just hung up the phone and I sent a message to my friend Eva. I said, ‘I think I just lost my whole family in a plane crash.’"

'I had to find purpose in my life again'

That's how this painful journey began for the mother who lost her children and their father.

"You know what? I didn't think I could live a day without my children, much less 10 years, and here I am 10 years later … one day at a time and I had to find purpose in my life again," Perry said.

These are the last images of the Perry kids arriving at Falcon Field that night to fly with Karen's ex-husband Shawn to spend Thanksgiving in Safford. 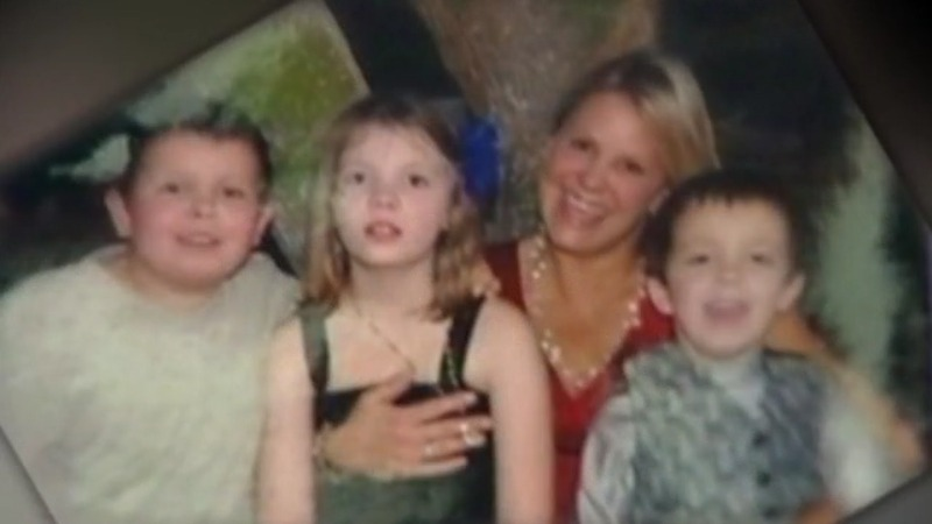 Karen Perry and her children, Logan, Morgan and Luke.

"I absolutely feel blessed. I feel so lucky that I had those kids when I did. That whole experience with them here before I lost them. I felt like they taught me so much about life, about love, about sacrifice. They taught me so much and I wouldn't trade it for anything as much pain as it was to lose them. it was. it was an incredible experience having them," Perry said.

She recently produced an age progression on her children.

"You know, that absolutely just makes me smile when I see it," Perry said.

The horrible loss of young lives, especially during the holidays, devastated the Valley. Perry, even in her grief, felt the outpouring of support and love.

"The community was so kind and loving. I think what really touched me a lot was the fact that people who never knew my children, never knew me, went above and beyond to reach out and to just be kind and do everything imaginable to comfort me at the worst time in my entire life," Perry said.

The National Transportation Safety Board eventually determined a pilot's error was the cause of the crash. The pilot was simply unaware that the straight-line path he programmed to Safford put him on a collision course with the Superstition Mountains, which were not visible on that moonless night.

The plane was also not equipped with a terrain avoidance system.

'I live my life now to honor their memory' 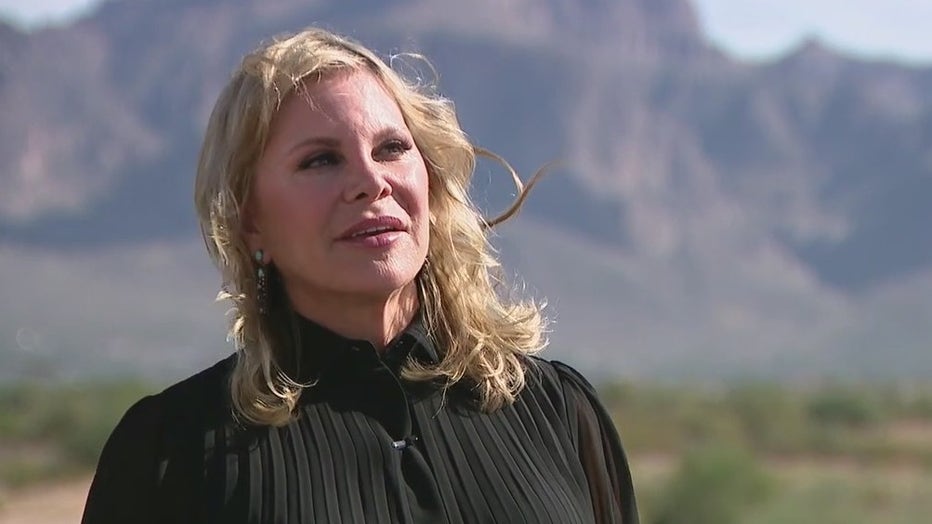 Perry has pondered the "what-ifs" over and over during the past ten years, pursuing every detail of the crash. She even visited the wreckage at a salvage yard – she had to see it for herself.

"You know, I had to see it as a mother. It's one of those things where it's really hard. But when you don't have a body, it's even more difficult to believe it," she said. "I've had to practice accepting what's happened and of course, I've accepted it. I don't have a choice. You know, it happened and they're gone. But like I said, I live my life now to honor their memory," Perry said.

She eventually remarried and her home now looks out on the mountain that claimed her children. Perry finds peace being near it.

Every year on the anniversary, she makes a three-hour climb up the mountain.

Perry, recently injured in a horseback riding accident, couldn't physically make the climb this year. However, her friends will honor her kids without her.

On this 10 year anniversary, instead, she took to the sky, flying with the Falcon Warbirds. She took off from the same runway her family did that night.

Perry is once again where she longs to be – near her children.

May 9, 2012: Karen Perry lost her three children and ex-husband in the crash on Nov. 23, 2011. Since that day, she's searched for answers -- wanting to know did something else contribute to the crash? Something that could have prevented the loss of life.

May 10, 2012: We reveal exclusive video of the three young children arriving at Mesa's Falcon Field on Thanksgiving eve 2011, which was taken minutes before they boarded their fatal flight. We've learned the FAA's own investigators determined the air space around the mountain may have contributed to the crash.

FAA responds to FOX 10 story about Nov. 2011 plane crash in the Superstitions Mountains

May 14, 2012: A fatal plane crash on Thanksgiving eve killed 6 people, including Karen Perry's three young children and her ex-husband. FOX 10 obtained an FAA memo that outlines problems with the airspace design around the Superstitions Mountains that may have contributed to the crash.

More Only on FOX 10 Special Reports: