Family in mourning after man was shot dead in Glendale

The mother of a man shot and killed at the Westgate Entertainment District&nbsp;is remember her son's life, as the suspect remains on the loose. FOX 10's Justin Lum reports.

GLENDALE, Ariz. - The mother of a man shot and killed at the Westgate Entertainment District is asking for the public's help, as the suspect in the case is still on the loose.

According to police, when officers arrived at the scene on January 29, they found the victim, identified as 31-year-old Tyler Wilson. He was transported to a Valley hospital for treatment and later pronounced dead.

"Preliminary investigation has revealed that Wilson was a passenger in a vehicle when he was involved in a verbal altercation with the driver of another vehicle, a silver 4-door sedan, over Wilson’s vehicle attempting to back into a parking space. The suspect vehicle pulled ahead of Wilson’s vehicle and Wilson exited his vehicle, where the argument escalated. The driver of the silver sedan fired multiple shots at Wilson at then fled, eventually traveling south on 91st Avenue," stated Lt. Jay O'Neill.

Police say the driver is considered to be armed and dangerous and described as a Hispanic male, 25 to 35 years old with "spikey" dark hair. He was last seen wearing a gray hooded sweatshirt or jacket.

Meanwhile, the victim's family doesn't understand why this happened. They say Tyler just wanted to enjoy a car show. 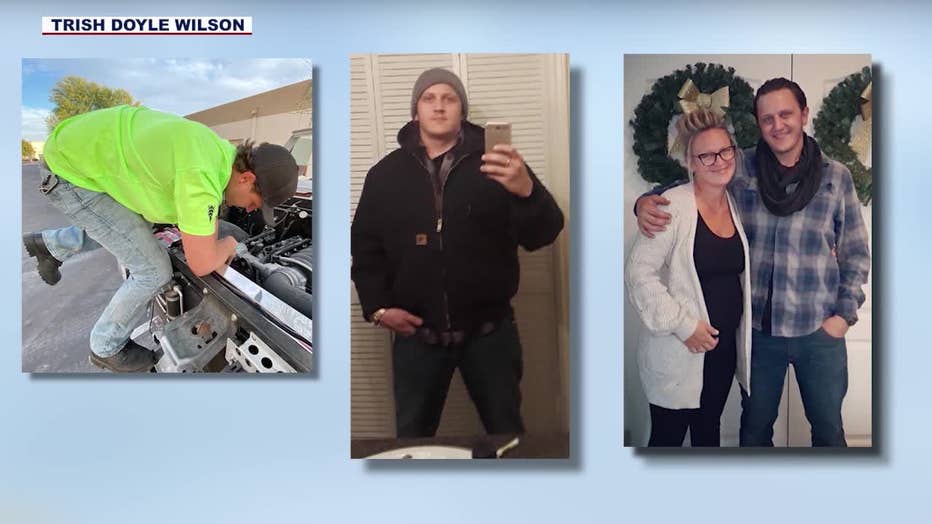 "His passion was to rebuild cars, refurbish cars, make the best of everything for somebody else, which is what Tyler would do," said Wilson.

Tyler worked as a mechanic at a hot rod shop and planned to start his own business. He also took pride in being an uncle to his young nephews.

"They looked up to him," said Tyler's sister, Tiffany Johnson. "They adored him, and he felt the same way, so he was just an amazing uncle. He would do anything for my kids."

"To know there's justice for my brother, that would be amazing, and to know that no other family would go through this is what we would hope for," said Tiffany.

Wilson, meanwhile, says she is happed loved ones got to spend some time with Tyler over the weekend.

"It was almost a gift from God that he was able to see a lot of his family members," said Wilson.

Wilson knows, however, that Tyler should still be with her.

"I'm going to miss his smile, his kindness," said Wilson. "He would just come over, do his laundry, hang his shelf. There's endless things I’m gonna miss about Tyler."