Watch how this highly skilled Oregon National Guard pilot landed a helicopter on the summit ridge of the state's tallest mountain.

MOUNT HOOD, Ore. - A climber who fell hundreds of feet from the summit of Mt. Hood, Oregon, was rescued in a dramatic fashion thanks to the skills of a National Guard helicopter pilot.

According to the Clackamas County Sheriff’s Office, the 43-year-old man was climbing Mt. Hood, the state’s tallest mountain and one of five active volcanoes in Oregon, when he lost his ice axe and fell 600-700 feet from the summit ridge to the rocks above the Hot Rocks fumarole. A fumarole is an area where volcanic gases vent from rocks or soil into the atmosphere.

The man was seriously injured in the fall and had to wait hours for rescuers to reach him. Mt. Hood is 11,249 feet tall at its peak.

Once they got to him, rescue crews stayed with the climber until an Oregon National Guard helicopter arrived a couple of hours later. Video provided by the sheriff’s office shows just how daring the rescue was. 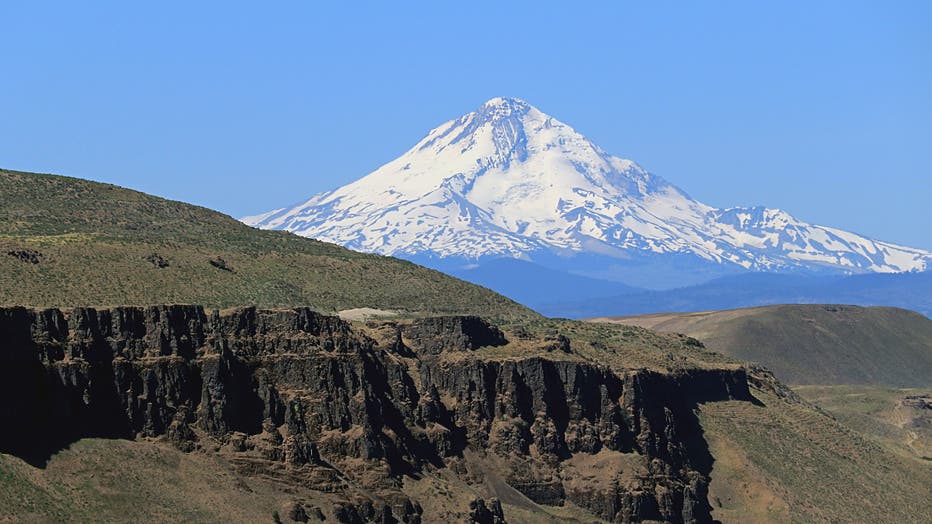 The Blackhawk managed to land atop the narrow summit ridge, drop off two medics, then lower a basket to hoist the injured climber back into the chopper. From there, the man was flown to a Portland-area hospital to be treated.

RELATED: Forest Service green-lights new monitors on Glacier Peak, one of the most active volcanoes

"Climbing on Mt. Hood is dangerous during all times of year due to the steep and icy conditions of the mountain," the sheriff’s office said.

Saturday’s fall was the second accident on Mount Hood in about a week. On June 24, a 31-year-old Portland woman was critically injured when she fell several hundred from the summit ridge down the Old Chute. She was also rescued by helicopter.