House Speaker Nancy Pelosi, D-Calif., told one of the nation's leading abortion advocacy groups on Thursday that Republicans "ignore basic morality" when they push bans on the practice.

“These bans violate the Constitution. They ignore basic morality,” she said during an address at NARAL Pro-Choice America's 50th anniversary dinner.

Her comments came as a spate of states move to impose restrictions ranging from near-total bans on the procedure to heavy regulations on clinic conditions. A slew of states controversially passed "heartbeat" bills that banned abortion after a doctor is able to detect a heartbeat. 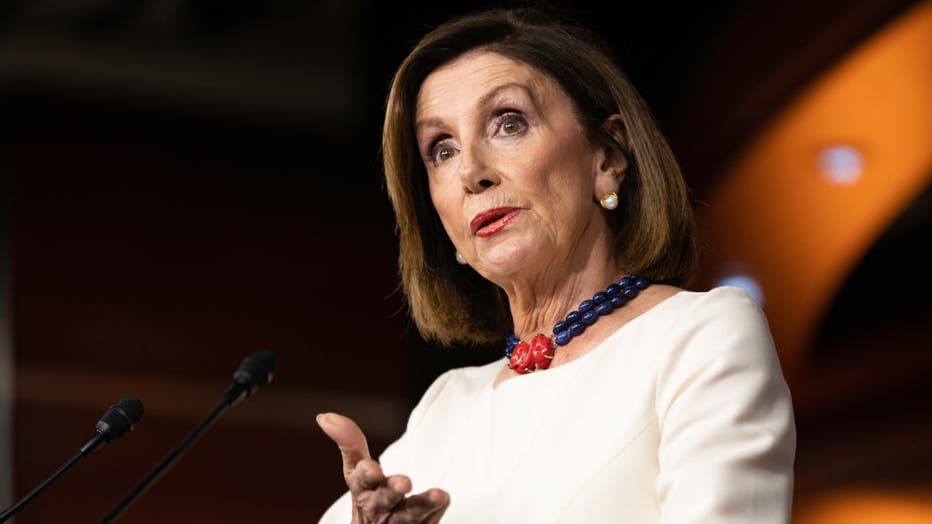 "Today, as we know, an all-out assault on women’s reproductive freedoms is sweeping the nation, as Republicans seek to impose abortion bans on millions of women in dozens of states," she said.

She went on to argue that "every woman, everywhere has the constitutional and moral right to basic reproductive health care."

Abortion has become a hairy issue for Pelosi, who has defended congressional funding for Planned Parenthood, the nation's largest abortion provider, and vowed to defend the landmark abortion legalization case Roe v. Wade with "every tool in our disposal."

The California congresswoman has described herself as a "devout practicing Catholic," identifying with what is perhaps the largest pro-life organization in the world.

Catholic clergy have repeatedly condemned both the act itself and pro-choice political advocacy. Vatican officials have reportedly said Pelosi should be denied the sacrament of Holy Communion and the last pope -- Pope Benedict XVI -- personally reminded her of the Church's stance on the issue during a private meeting.

Pelosi has defended her position by suggesting that she knew more than the pope did on the issue.

"As a mother of five, in six years, I have great standing on this issue, great understanding of it, more than my colleagues. In fact, one day many years ago, perhaps before you were born, when I was a new member of Congress," she told a reporter in 2015,  "as a Catholic and a mom of five, opposing some of the initiatives similar to what, in the same vein as what we have today, one of the Republicans stood up and said, 'Nancy Pelosi thinks she knows more about having babies than the pope.' Yeah that would be true."

Pelosi's pro-life opponents have also framed their cause in moral terms. During his 2019 State of the Union address, Trump decried Democratic stances on abortion and urged Congress to pass a ban on late-term procedures.

"These are living, feeling, beautiful babies who will never get the chance to share their love and dreams with the world," he said in February.

Get updates on this story on FoxNews.com.