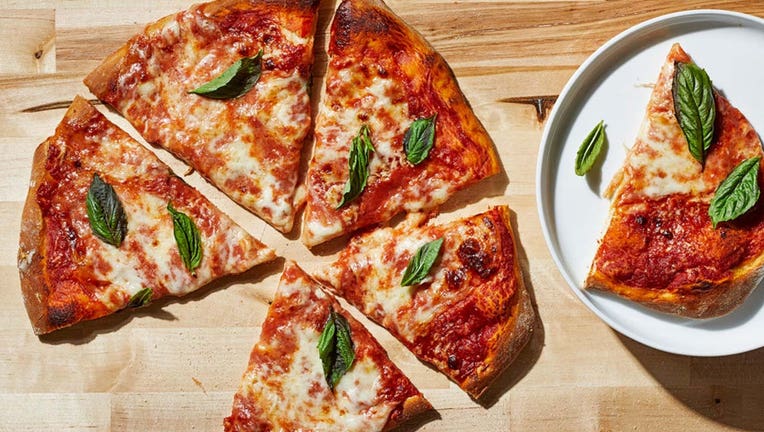 Feb. 9 marks National Pizza Day in the United States and pizza continues to be a fast-food staple, at least that’s what statistics show.

On average, Americans consume 3 billion pizzas a year and the average American consumes about 40 pizzas a year, according to Slice Life, an app that allows people to find and support local pizzerias.

Additionally, Americans will eat an average of about 6,000 slices of pizza in their entire life, which makes sense because it’s delicious.

Slice of the Union, which is literally a website dedicated to pizza statistics, showed the most popular pizza style by state in 2021. In California, veggie pizza was No. 1, in Georgia deep dish has won the hearts of southerners, and in New York, Sicilian is a chef’s kiss.

Additionally, requests for a dairy-free pizza grew by a whopping 333% in 2021 and pineapple pizza actually gained popularity by 76%.

Pepperoni obviously dominated as the most popular topping across the U.S., with mushroom and extra cheese coming in second and third respectively.

The most popular days that people ordered pizza in 2021 were unsurprisingly Super Bowl, Halloween, Thanksgiving and New Year’s Eve, according to Slice.

The most popular franchise that people ordered pizza from was Pizza Hut but Slice found that the majority of people would rather buy local.

To celebrate National Pizza Day, here are some deals you can take advantage of and enjoy your cheesy treat.

Blaze Pizza
Blaze Pizza will be celebrating National Pizza Day by featuring Double Flames (loyalty points) for Blaze Rewards members only so be sure to download the app.

BJ’s Restaurant & Brewhouse
Starting Feb. 8 through Feb. 13, BJ’s will offer customers half off any large deep dish or tavern-cut pizza with the promo code "HALFOFF" at checkout.

Chuck E. Cheese
Chuck E. Cheese is offering 500 E-tickets for anyone who orders any menu item directly on their website and download the app on National Pizza Day. Rewards members who buy one large one-topping pizza get one free when ordering delivery or pick up on Feb. 9 only.

Cici’s Pizza
Buy two large one-topping pizzas for $5.99 each when you order online or in their app.

Domino’s
The popular pizza franchise is offering a mix and match deal on National Pizza Day. Customers can choose any two or more items for $5.99 each. All 3-topping pizzas and Dips & Twists combos are $7.99 each when ordered online for carry-out.

Domino’s will also be hosting giveaways on its Instagram and Twitter accounts Feb. 8 and Feb. 9 for National Pizza Day, according to a company spokesperson.

"Followers will have a chance to enter to win free Domino’s pizza for a year on either channel on those days. Method of entry and rules will be shared at 10 a.m. EST each day on the social channels," the spokesperson said.

Marco’s Pizza
Marco’s is offering multiple deals including a large pepperoni magnifico for $9.99 with code "PEPMAG," unlimited two-topping pizzas for $8.99 each with code "HOT2GO" and $3 off their large specialty pizzas with code "SPECIAL3."

Papa John’s
Papa John’s will be offering its New York-style pizza for $13 with one topping.

The restaurant is also bringing back its heart-shaped pizza just in time for Valentine’s Day. Customers can experience love at first slice between Feb. 7 – Feb. 14 for $11.99 at participating locations.