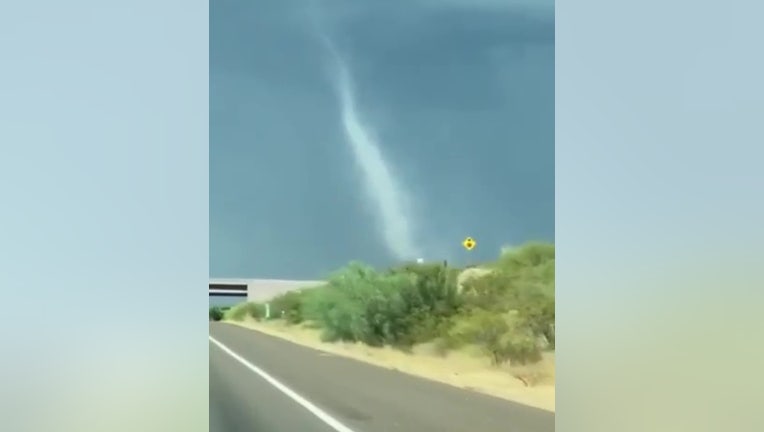 PHOENIX - As it turns out, the tornado near Kingman, Arizona on July 24 was not the only tornado spotted in Arizona.

According to officials with the National Weather Service on July 25, a landspout tornado was spotted on July 24 near the Beeline Highway and Bush Highway intersection.

According to a local storm report, The landspout tornado appears to have remained over open desert to the east of Beeline highway.

As for the tornado near Kingman, officials with the National Weather Service in Las Vegas say there were multiple reports of a twister that landed 10 miles east of Kingman, and was moving northeast at 10 miles per hour at one point.