It's 'New year, nude you' at one Gilbert yoga studio

A Gilbert yoga studio is offering yoga classes that includes all the elements of a traditional yoga practice. The catch is: everyone is naked. FOX 10's Irene Snyder reports.

GILBERT, Ariz. - With the start of a new year, one phrase often comes to mind: New Year, New You.

At one East Valley studio, however, that phrase could very well be "New Year, Nude You."

Yes, you read that right. A studio in Gilbert is offering a "stripped down" version of yoga. The 90-minute class includes all the elements of a traditional yoga practice.

Shoes are never allowed inside the studio, but on certain nights, pants and shirts are also not allowed. On those nights, people taking part in the class will have to leave their clothes in a cubby.

"Naturism, nudity, and nakedness in a public setting tends to have the effect of increasing self acceptance," said Promise.

Promise said baring it all through naked yoga helps to reveal the person beneath the clothing.

"There are no rich people or poor people. The levels of hierarchy tend to fall away. There is just humanness within the space," said Promise.

"In whatever shape or size or curviness or whatever we happen to be in, we all have our baggage we are carrying into the class, and it just creates a space where we can let that baggage go," said student Joni Fesler.

Sam Goldiner said the class as helped him uncover more about himself.

"For me personally, I struggle a lot with vulnerability, allowing myself to feel vulnerable," said Goldiner. "I thought this class would be a good opportunity to shake that off. Just literal exposure therapy."

The class is offered twice a month, on a Friday and a Saturday. Promise said it is popular. She also said she has received one complaint about the class, and it is not one you might be expecting.

"When I say, 'OK, I can't open the doors until everybody puts their pants on!'" said Promise. 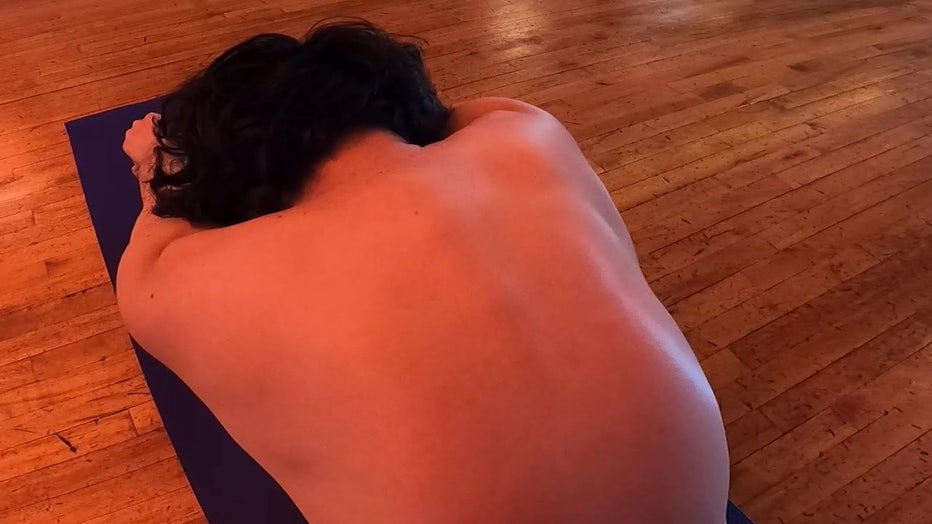