In a tragic story with a less somber ending, first responders in Northern Arizona helped a six-year-old boy whose parents and brother were killed in a car crash reunite with his favorite toy. FOX 10's Stephanie Bennett reports.

FLAGSTAFF, Ariz. - In Northern Arizona, first responders went above and beyond their job to comfort a 6-year-old boy after both his parents and brother were killed in a car crash west of Flagstaff.

The crash happened on July 26, and volunteers with the Kaibab Estates West Volunteer Fire Department responded to the scene.

"When we pulled up, it was just devastation," said volunteer EMT Laurie Granger. "We were kind of amazed. It was a true miracle that there was a survivor in this accident."

The crash involved the Stone family. They were driving through Arizona as they returned home from a family reunion in Colorado. The family car reportedly crossed the median, rolled, and collided head-on with a semi that was travelling east on the I-40. 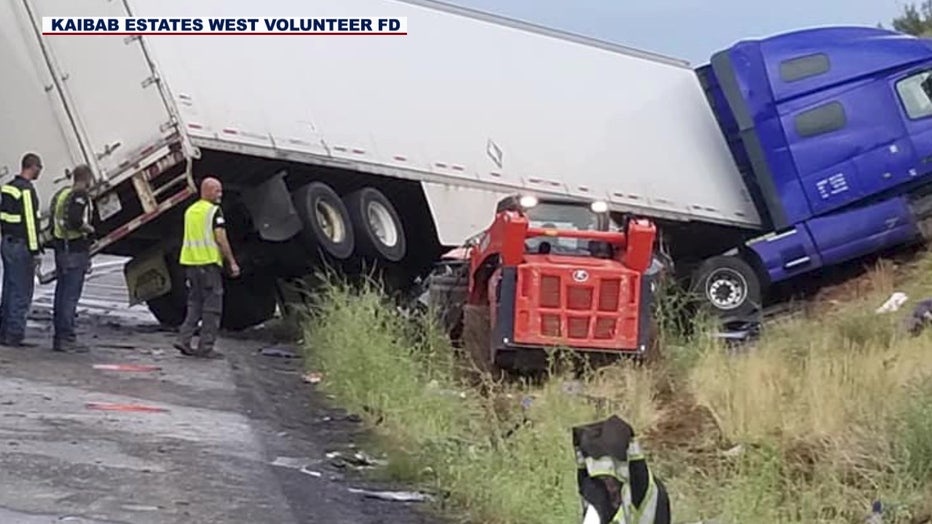 Alexander was the only person who survived the crash. His parents, Brian and Alison, and his eight-year-old brother, Oliver, died at the scene. Alexander was taken to the hospital with severe injuries, including a dislocated arm, broken ankle and leg.

Currently, Alexander’s grandmother, Cindy Mason, is taking care of him.

"You know, he is busy with his cousins. We are staying with my son and daughter-in-law and their two kids, and so he’s very busy with them," said Mason. "Emotionally, he’s just -- he’s missing his family."

While in the hospital, Alexander clung to his brother's stuffed teddy bear for comfort, but he was constantly asking nurses for his ‘cookie,' a stuffed cookie monster that he has had since he was very young.

Nurses quickly went searching around town for a new one, but to no avail. So they started calling the tow truck company, troopers, and firefighters when they got in touch with one of the volunteer firefighters, identified only as ‘Jessica.’

"Our fire chief and I went up to the scene, and found him on the hillside," said Jessica. "We took him home. We cleaned him up."

Jessica and another volunteer firefighter named Tracy went to the hospital to hand-delivered Cookie to Alexander. 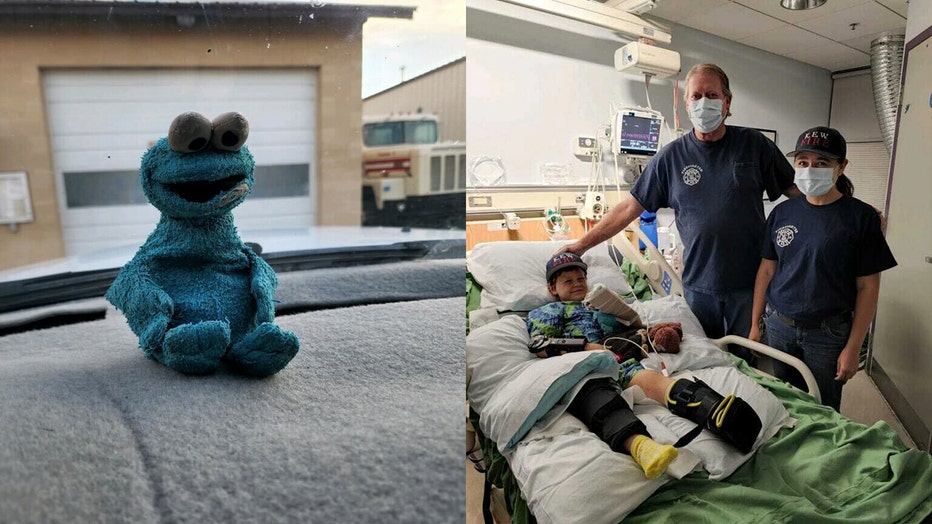 Tracy was coincidentally driving past when the crash happened, and stayed with Alexander while waiting for the ambulance.

"Everybody celebrated when we showed up with Cookie. it was a very fun moment," said Jessica. "It was, I think, just really healing for everybody involved."

Mason said what those firefighters did will never be forgotten.

"He said, ‘I’ll always remember when something so special happened to cookie,’ and so that’s how important Cookie is to him," said Mason.

Alexander is currently back in California with his grandmother, as well as his aunt, uncle, and cousins. He has a long road ahead of him, but is expected to make a full recovery.