COOLIDGE, Ariz. - The National Transportation Safety Board has released a 1,200-page report into its investigation of a gas line explosion that destroyed a home and left two people dead in Coolidge.

On August 21, 2021, Coolidge Police got a call just before 5:30 a.m. about a natural gas pipeline that had ruptured. When officers arrived, they saw massive flames shooting more than 150 feet into the air, forming a "V" shape.

The blast hit a farmhouse and left the nearby ground completely scorched. The family inside that house, a man and his 14-year-old daughter, were killed. They were identified as Luis and Valeria Alvarez. Their mother, Rosalina, was severely burned.

FOX 10 had interviewed them just months before after they were attacked by two inmates who escaped from a Florence prison in January 2021. Several animals on the farm were also injured and killed in the explosion.

According to the newly-released documents from the NTSB, the pipeline's owner, Kinder Morgan, got a notification from the control center out of Colorado that the pressure in the pipe was decreasing, while at the same time, they got a report of a massive fire growing.

They contacted their field personnel to start shutting down equipment and isolate the affected area, slowing the amount of gas flowing through. But they struggled to close one of the valves, taking more than two hours to shut ii off, which eventually helped slow the fire.

The pipe was never intended for natural gas. It was installed in 1986 and was originally used to transport crude oil. In 2002, it was converted to natural gas use, and in 2012, Kinder Morgan purchased the line.

"It was not really designed for natural gas service," said Don Deaver, of the Deatech Consulting Company. "One of the big issues that is important for natural gas is it has to have the resistance that if it breaks it cracks, defects, or whatever it should only move maybe a few inches or maybe a foot or so. It just doesn’t come apart the pipeline is able to resist the fracture."

For now, the pipeline remains out of service. 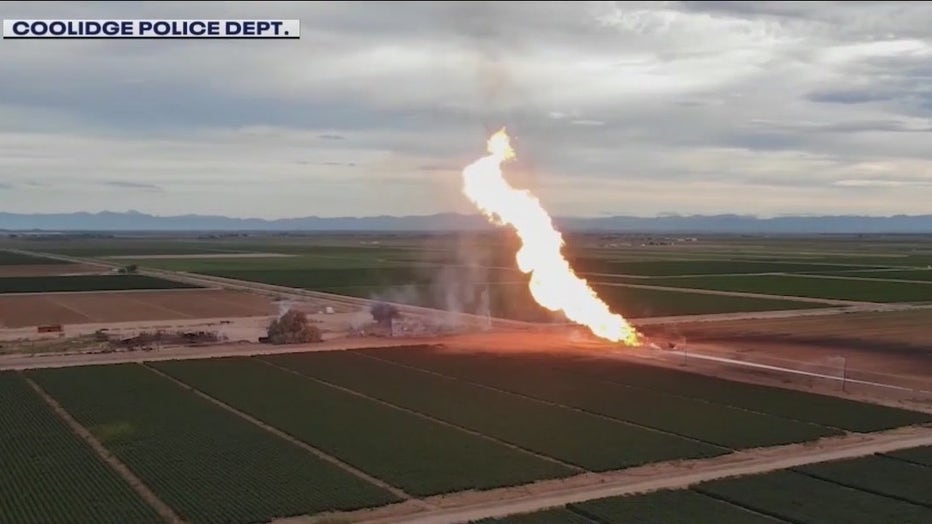 "We have reviewed the preliminary report and continue to collaborate with the NTSB while we await their final report for analysis and conclusions. We deeply regret the loss of life and injuries that occurred as a result of this accident.

We are currently limited on what we can share until the final report is published, but there is a section in the report (Post-Accident Safety Actions that start on page 78) that provides a list of some of the actions Kinder Morgan has taken. The pipeline remains out of service, and we will continue to work closely with PHMSA and other agencies to develop a remedial work plan for a safe and controlled return to service, when appropriate.

We always look for lessons learned and carefully assess processes and procedures to strengthen our pipeline integrity programs. We appreciate and value the important role that the NTSB and PHMSA have taken throughout this investigation, and we will continue to address any concerns that are identified through this process."

According to the preliminary findings by NTSB, the pipeline involved in the explosion was originally not configured to carry natural gas. FOX 10's Jennifer Martinez reports.

The Pinal County Sheriff's Office said the explosion was likely caused by a gas line break. Two people died and a woman was seriously injured.