The Pinal County Sheriff's Office said the explosion was likely caused by a gas line break. Two people died and a woman was seriously injured.

Coolidge City Manager Rick Miller said Rosalina Alvarez was inside of the home was airlifted to a hospital with burn injuries to more than 50% of her body.

Two other people who were inside the house were found dead. They are Luis Alverez and his 14-year-old daughter Valerie Alverez.

The family has a GoFundMe set up and it can be found at this link.

Coolidge Police Officer Mark Tercero says the deaths are being investigated as homicides "until they can discover a cause."

The Bureau of Alcohol, Tobacco, Firearms and Explosives and the National Transportation Safety Board are also expected to be involved in the investigation.

FOX 10 viewers reported feeling their homes rattle and hearing an explosion on Aug. 15. The fire burned near Randolph and Vail, according to Coolidge Police.

At least one home was on fire as a result, according to the Pinal County Sheriff's Office. Officials said the cause was likely a gas line break.

Energy company Kinder Morgan says there was a pipeline failure at the El Paso Natural Gas Company, and that they would be investigating what caused the leak. No employees were hurt:

At approximately 5:45 a.m. MST today, El Paso Natural Gas Company, L.L.C. (EPNG) experienced a pipeline failure on the EPNG system near the City of Coolidge, Pinal County, Arizona near Randolph Rd., east of Hwy. 87. A fire was reported at the site and has been extinguished. All EPNG employees have been accounted for.

The company has deployed employees to the area and has isolated the impacted pipeline segment. The company is coordinating with local first responders and relevant state and federal agencies, and an investigation into the cause of the failure will be conducted. 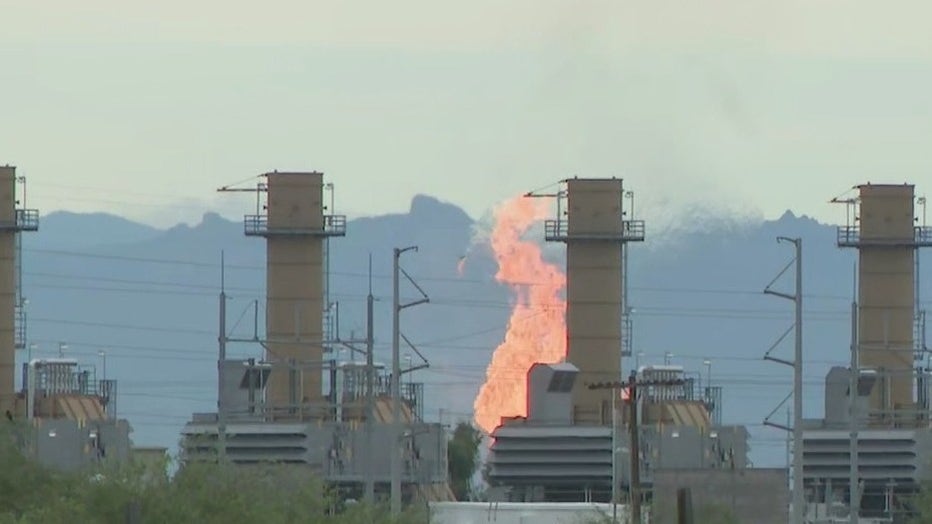 A closer look at the fire burning in Coolidge. Authorities said the explosion was like caused by a gas line break.

The rumbling was heard from as far as Casa Grande, according to witnesses living in the area. Residents say they heard a "roaring" from the fire, comparing the sound to a jet or a flamethrower.

Marilu Murillo, a neighbor, said, "It was bad, it was real bad, 'cause my whole house, windows and everything were shaking."

He added, "I thought it was a tornado, that explosion, walked out and I saw the fire. Scary … I've never seen anything like that. Never."

The explosion was caught on neighbor Eric Long's security cameras.

Back in January, FOX 10 interviewed the family after they were attacked by two escaped inmates from a prison in Florence.

Family hurt, killed in Coolidge explosion is the same family who had a run-in with escaped inmates 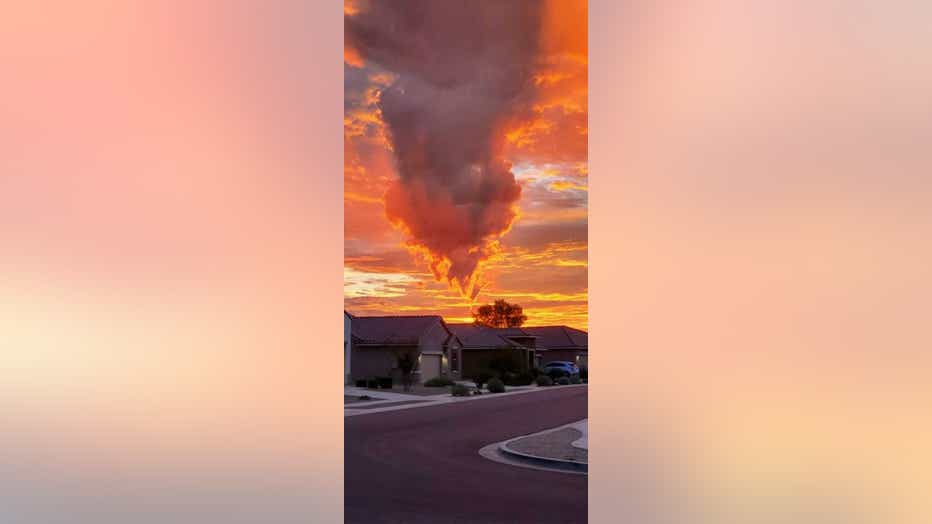 Photo of smoke coming from a large fire burning in the Coolidge area. (Diane Stanco Berdych)

Explosion reported in Coolidge; at least 1 house on fire