PHOENIX - EMS professionals, according to figures, respond to 28 million 911 calls, and On May 18, Phoenix area paramedics and firefighters were honored for their heroic actions both on and off-duty, as part of National EMS Week.

One of the honorees at the event was Tempe firefighter Jason Dean, who rescued three victims in an explosion at a Chandler print shop.

The explosion happened in August 2021. 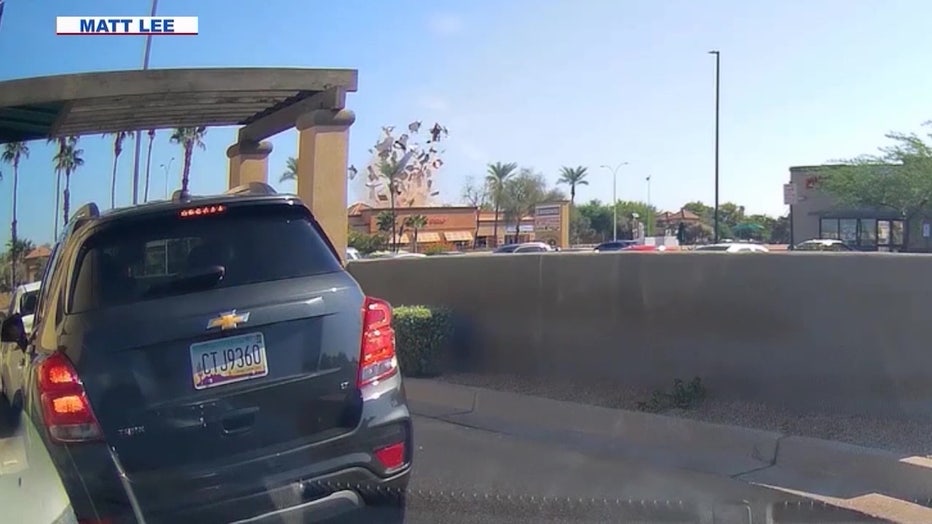 The explosion happened inside of Platinum Printing at around 9:30 a.m. on Aug. 26. By the time first responders arrived, the roof had already collapsed, and a fire was burning inside.

The inside of the building is completely destroyed, with broken glass, splintered wood and insulation littering the parking lot. Debris from the blast was found up to 100 yards away.

In total, 20 to 30 homes along with 15 businesses were evacuated, according to Chandler Fire officials at the time.

In September 2021, officials with Southwest Gas released some findings from an initial investigation surrounding the explosion. Officials say the cause of the leak and subsequent explosion was premature degradation of a certain type of natural gas pipe that was installed at the location in 1999.

Firefighter rushed into action to save lives

The rescue happened while Dean was off-duty. He was next door at a library when he heard a loud boom.

Thinking a plane had crashed into the building, Dean quickly ran outside, and saw debris everywhere. That was when he saw what happened, rushed over to the building next door, and started gathering information.

Dean heard there were three people inside, and when he accounted for all the victims, he triaged them, notified authorities, and waited until fire crews arrived.

"I can tell you that everyone there was driven to help, as I was," said Dean. "It's nice to be recognized for this, but I'm just a small piece of the pie in the recovery. The police and fire, hospital people that were there, the hospital staff, the family supporting these people, the patients, so I'm just small piece of the pie. Everyone deserves this award, but I'm just the lucky one here receiving it."

Also honored at the event was another firefighter who saved a child from drowning.