Oklahoma’s attorney general filed a lawsuit against the Biden administration’s COVID-19 vaccine mandate for all federal employees and the state’s National Guard on Thursday, according to a news release.

The lawsuit asked a federal court to implement a temporary restraining order to halt the enforcement of the vaccine mandate, the news release said.

"Biden’s COVID-19 vaccine mandate ensures that many Oklahoma National Guard members will simply quit instead of getting a vaccine, a situation that will irreparably harm Oklahomans’ safety and security," said Attorney General John O’Connor. "These patriots, along with many federal employees, who serve their country and their state are now at risk of being terminated because they do not wish to take the vaccine."

Additionally, the lawsuit asks the court to block the Biden administration from withholding federal funding from the state’s National Guard and its members. 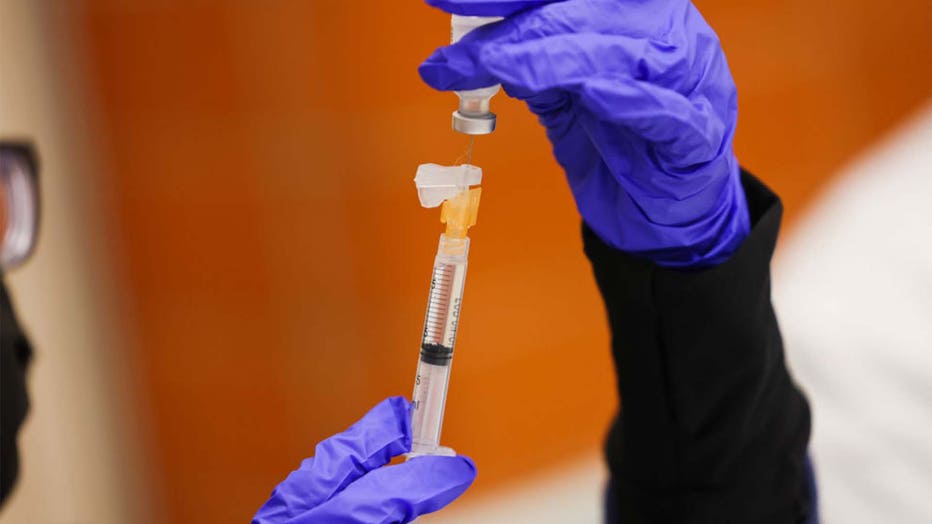 "This vaccine mandate is unlawful and does not reflect the Land of the Free," O’Connor added. "We are grateful for the support of the Legislature and the Governor in the State’s efforts to block the overreach of the Biden Administration. Their support and funding for this lawsuit protects hardworking Oklahomans in federal jobs, and our Oklahoma National Guard members from Biden’s reckless and unlawful vaccine mandates."

The lawsuit filed by Oklahoma comes after Defense Secretary Lloyd Austin decided on Tuesday that National Guard members who refuse COVID-19 vaccinations will be barred from federally funded drills and training required to maintain their Guard status.

Austin spelled out the policy in an internal memo obtained by The Associated Press. In the memo, he instructed leaders of the military services Tuesday to publish guidance by next week on dealing with Guard members who fail to meet military medical readiness requirements by refusing the vaccine.

"Vaccination is essential to the health and readiness of the force," he wrote.

All members of the military are required to be vaccinated unless they obtain an official waiver for medical or other reasons.

The military services have set varying deadlines that apply to active and reserve forces. Members of the Air Guard must be vaccinated by December; Army Guard members have until June. Austin’s policy will affect Guard members only when the vaccination deadline set by their service has been reached.

Under federal law, members of the National Guard must assemble for drills and participate in training a specific number of days per year.

Austin said those Guard members who are not allowed to participate in drills due to their refusal to be vaccinated will not be paid by the Defense Department. In addition, they will not receive credit that would count toward retirement and other federal benefits. Austin told the service leaders to implement that policy in coordination with the chief of the National Guard Bureau and the Pentagon’s top personnel officer.

Oklahoma joins a number of states filing lawsuits against the Biden administration over its vaccine mandates for federal workers, health care workers and federal contractors.

On Tuesday, Kentucky’s attorney general won a preliminary court order to block the mandate for federal government contractors and subcontractors.

Ohio and Tennessee joined in filing the lawsuit, which claims the vaccination requirement is unlawful and unconstitutional. The mandate requiring employees and federal contractors to get vaccinated against COVID-19 has been set to take effect on Jan. 4.

RELATED: US mandates COVID-19 vaccines or tests for big companies by Jan. 4, 2022

Additionally, millions of health care workers across the U.S. were supposed to have their first dose of a COVID-19 vaccine by this coming Monday under a mandate issued by the Biden administration. Thanks to legal challenges, they won’t have to worry about it, at least for now.

Judges responding to lawsuits brought by Republican-led states, businesses and other opponents have blocked some of Biden’s most sweeping initiatives intended to drive up vaccination rates. Numerous other legal challenges are pending, contesting the Democratic president’s vaccine requirements for federal employees and contractors and members of the military, as well as mask requirements for people using public transportation.

Opponents have taken a three-tiered approach to challenge Biden’s requirements. In lawsuits, they contend the vaccine mandates were imposed without proper public comment, were not authorized by Congress and infringe on states’ rights to regulate public health matters.

"The reasoning across the cases is basically the same, which is that these statutes don’t give the president or the agency in question the authority to issue the mandates," said Gregory Magarian, a constitutional law professor at Washington University in St. Louis.

The Biden administration contends its rule-making authority is firm and supersedes any state policies prohibiting vaccine requirements. Recent experience shows that such mandates generally prompt people to get vaccinated. By the time a Biden requirement for federal workers to be vaccinated took effect last month, 92% had received at least their first dose of the shot.