Family remembers life, legacy of one of the last surviving Tuskegee Airmen

Officials with the Archer-Ragsdale Arizona Chapter of Tuskegee Airmen Inc. announced on May 27 that Asa Herring passed away at the age of 95. FOX 10's Bailey Miller spoke with Herring's family.

PHOENIX - Officials with an Arizona chapter of Tuskegee Airmen Inc. announced on May 27 the passing of one of their founding members.

In a statement, officials with the chapter say Asa Herring passed away earlier in the day.

"Asa was a founding member of the Archer-Ragsdale Arizona Chapter, Tuskegee Airmen, Inc., and was very active in all activities until his health began to wane," read a portion of the statement.

Herring enlisted in the military twice, according to bio

According to a biography provided by officials with the Archer-Ragsdale Arizona Chapter of the Tuskegee Airmen, Herring was born in North Carolina in 1926, and entered active duty as a Tuskegee aviation cadet in 1944.

The name "Tuskegee Airmen" refer to young Black pilots who trained at Tuskegee Army Field during the World War II era. That airfield was the only facility for Black pilots of the U.S. Army Air Force at the time.

He was three months short of graduation when World War II was in its final stages, and chose to be discharged from the military when the Tuskegee Experiment, along with other flying schools, were scheduled to be eliminated by the government.

Following his time as a Tuskegee aviation cadet, the biography states that Herring volunteered for the air force in 1949, and served in various parts of the world for 22 years as part of his military service.

Following his military service, Herring worked for AT&T until he retired in 1989.

Herring, according to officials, was last seen during a Turkegee Airmen Commemoration Day ceremony at Luke Air Force Base on March 24, 2022.

Herring's family member say Memorial Day 2022 is a day they will never forget, because they are now honoring Herring's life, and the sacrifices he made for the country.

"My grandpa was a true American hero, and an inspiration to many," said Herring's granddaughter, Martina Blasingame. "We do know he is very proud of what he accomplished in this life."

During his military career, Herring flew in 350 combat missions, and was the first Black squadron commander at Luke Air Force Base.

Herring's family remembers him not only for his service, but the legacy he has left behind for their family, and so many others.

"We are happy he broke down barriers for all of us" said Blasingame. "His grandchildren, great-grandchildren."

Prior to Herring's death, the last Tuskegee Airman in Arizona to pass away, according to officials, was Lt. Col (Ret.) Robert Ashby. Ashby passed away on March 5, 2021. At the time of Ashby's passing, officials with the Archer-Ragsdale Arizona Chapter of the Tuskegee Airmen noted that Ashby was one of the last three surviving Tuskegee Airmen in Arizona.

With the passing of Herring, it means there is now only one surviving Tuskegee Airman in Arizona. 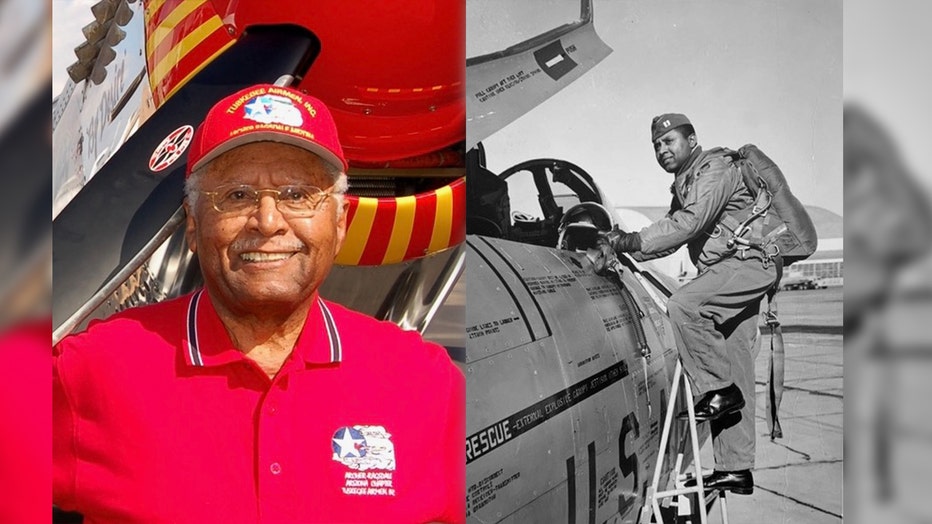