FOX 26 Reporter Natalie Hee has more following the deadly drive-by shooting at a vigil in Baytown on Sunday night.

BAYTOWN, Texas - One person died, and 13 others were injured when a gunman opened fire at an outdoor vigil in Baytown on Sunday evening, the Harris County Sheriff’s Office said.

The vigil was held in the parking lot by Yvonne's Famous Kitchen food truck in the 1400 block of North Market Loop near Thompson Rd.

Authorities say the shooting happened around 6:40 p.m. as the crowd was gathered for a balloon release in honor of recent murder victim Jamal Narcisse.

Witnesses say the owner of the food truck, Yvonne, is also the mother of Narcisse, 29, who was killed December 3 in Baytown. Friends of Yvonne say she was one of the people shot and hospitalized Sunday night.

"It was just a bunch of gunshots and everybody tried to get out of the way," said Dezmahn Cormier.

Cormier was one of roughly 50 people gathered at Jamal's vigil.

"We was together every day, every day. And when it happened, I was with him. I ended up getting shot too when he got shot," Cormier said.

During the December 3 shooting, Cormier was shot in the leg and left with a limp.

Less than 10 days later, the violence followed him to Jamal’s vigil.

"Right as they were releasing the balloons up in the air was when the vehicle came. And almost at that exact time is when they opened fire into a crowd," Harris County Sheriff Ed Gonzalez said.

The gunman or gunmen are believed to have been in a small, dark-colored sedan.

Fourteen people were injured, and three of them were transported to a trauma hospital by Life Flight, according to the sheriff's office.

A 25-year-old woman was among those shot in the incident. Authorities say she was pronounced dead at the hospital.

The woman has been identified as Disha Allen. 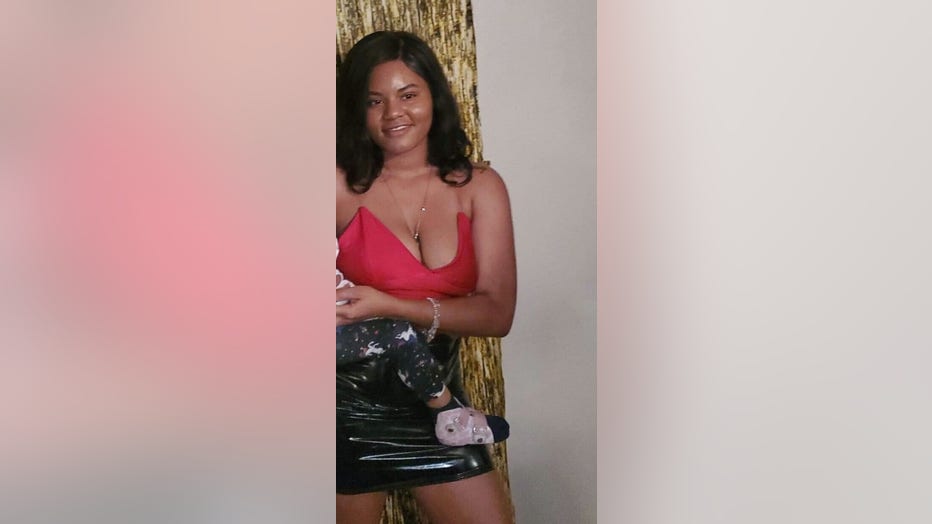 Disha Allen, 25, passed away after she was shot during a vigil in Baytown on December 12, 2021. (Photo provided by family)

"Nobody deserved that. They were out here celebrating somebody’s life. My cousin did not deserve that," said Myria Nevels, Disha's cousin.

Nevels said Disha was a mother to a 5-year-old girl named Kennedy.

"She had a 5-year-old daughter. How am I going to tell that to my little niece?" 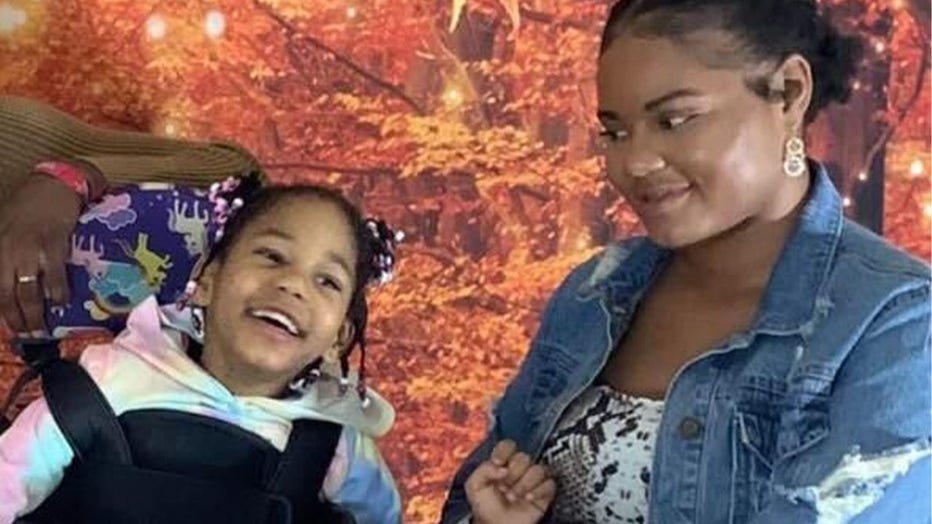 Disha Allen, 25, was killed during a drive-by shooting at a vigil in Baytown. She leaves behind her 5-year-old daughter Kennedy.

Her sister, Shae Siler, said Disha worked in security and had so much life to live. Shae is pleading with the community to help bring justice to their family.

"If you know anything please report it. It’s not just for me, it’s for the other victims. My family is grieving. We are grieving very hard. There are other people that were wounded. There were children that were there. Gun violence is completely necessary," Siler said.

Trouble at Baytown hospital after the shooting

Following the shooting, a "disturbance" occurred at the Houston Methodist Baytown Hospital’s Emergency Room, where some shooting victims were being treated.

According to Baytown PD, a large group gathered there around 7 p.m. after victims were transported to the hospital.

"Baytown Police Officers and Detectives, Deputies from Harris County PCT 3 and Harris County PCT 8 along with Troopers from Texas DPS assisted the Sheriff’s Deputies with ensuring that the scene was controlled and the area was safe," the department said in a statement.

Sheriff Gonzalez thanked the other law enforcement agencies that stepped in to help in the incident.

"We're also told that at the nearby clinic where they went to that a disturbance broke out there, so we needed some assistance from Baytown PD and the Precinct 3 deputy constables," the sheriff said. "We want to thank them as well for stepping up and assisting us with everything we have going on right now."

It's unclear if anyone was hurt in the chaos at the hospital.

What happened at the vigil prior to the Baytown shooting?

Prior to the shooting on Sunday evening, dozens of people were gathered for a block party.

The event was a fundraiser for funeral expenses for Narcisse, who was also known as "Lil Daddy."

A bounce house was at the event for kids who were present to enjoy. It is unknown at this time if any of the victims were children.

There was also a planned balloon release, which is when the shooting is said to have occurred.

It's unclear if Sunday's shooting was related to the death of Narcisse.

According to Baytown Police, officers responded to a shooting in the 200 block of W. Francis on Dec. 3 around 4:42 p.m.

Investigators later identified the 29-year-old victim as Narcisse, and Dezmahn Cormier tells FOX 26 he's the one shot in the leg.

Through the course of the investigation, officers learned that Narcisse and his 21-year-old girlfriend got into a physical altercation. The woman’s brother, Daviyeon Cooper, 21, witnessed the altercation and shot Narcisse.

24-year-old Cormier was standing near Narcisse and the woman when he was hit by a bullet fired by Cooper. 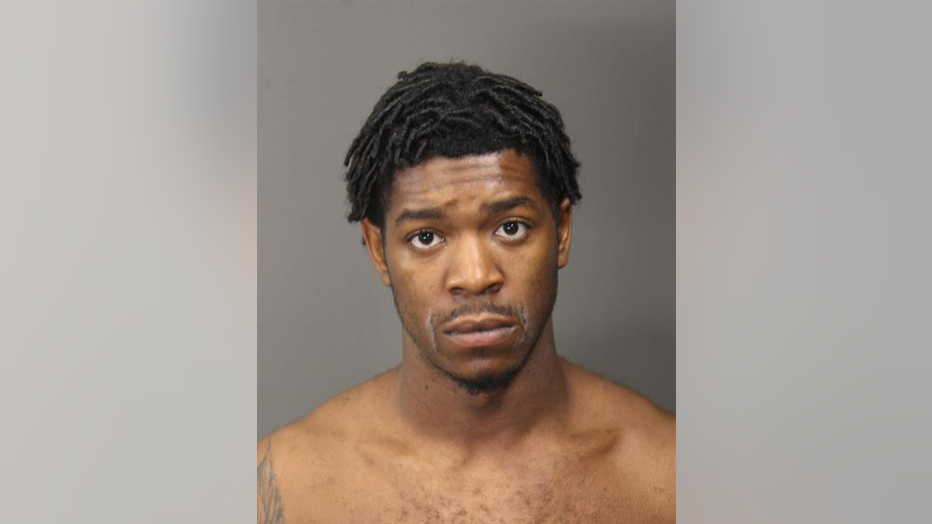 After the shooting, Cooper drove away from the scene, but was soon located by Baytown Police officers. Cooper was taken into custody without incident.

Cooper was charged with murder and received a $100,000 bond.

While the motive may not be known, Sheriff Ed Gonzalez says the search continues for suspects. Authorities ask that anyone with information come forward.

"There was a lot of people that were out here. Obviously many may have already fled. You know, maybe they were afraid. We ask them to please give us a call or call Crime Stoppers at (713)222-TIPS if they know anything or have any information that may be useful," Sheriff Gonzalez said.

"The Baytown Police Department is dedicated to preserving the peace by every ethical and professional means available," Chief John Stringer of the Baytown Police Department said. "If a crime, especially a crime of violence, is committed against a person in our city, we will bring all resources to bear. We will identify the offenders and we will prosecute to the fullest extent of the law, advocating for the victims and victim’s families."