Scottsdale Police seized more than 30 pounds of fentanyl after making a routine traffic stop near Scottsdale and McKellips Road.

PHOENIX - Officials with the Scottsdale Police Department say they seized $600,000 in fentanyl pills during a traffic stop on April 7.

According to a statement released on April 8, officers conducted a traffic stop due to an equipment violation near Scottsdale and McKellips Roads, and during the stop, officers searched the car and found 33.5 pounds of fentanyl.

"Individual information about the suspects is being withheld due to the active investigation," read a portion of the statement. 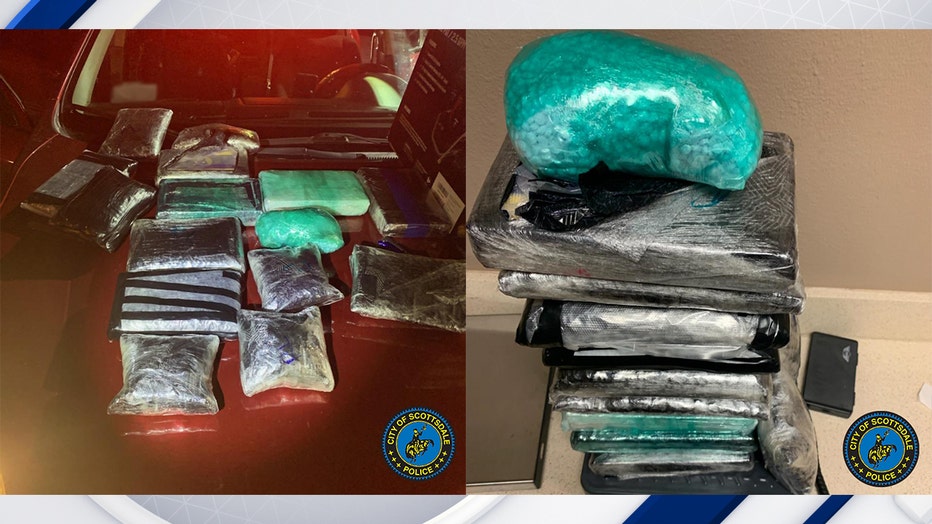