Owl caught up in fishing line rescued from tree in Chandler

Wildlife experts are worried an owl that was rescued from a tree in Chandler could get stuck again. FOX 10's Matt Galka reports.

CHANDLER, Ariz. - On Tuesday, Chandler Fire crews to the rescue of an owl trapped in a tree.

The owl somehow got caught up in fishing line, with a hook stuck in its wing. Now, wildlife experts are worried the owl could get stuck again.

Robert Coonrod, a volunteer with Liberty Wildlife, spent most of his life helping animals, but the call that came in on Tuesday was still unique.

"There was a great horned owl in a tree," said Coonrod. "It looked like it was stuck in a tree. Didn't know about the fishing line until we got there." 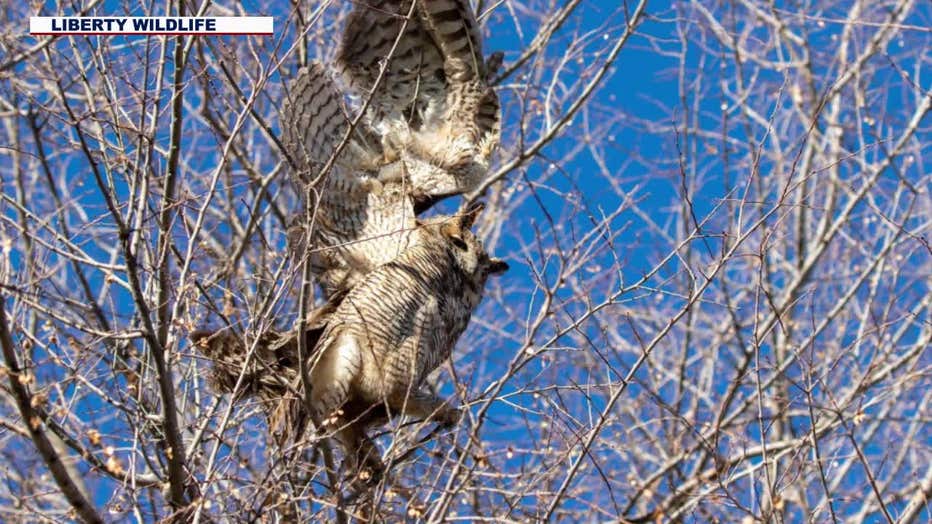 The owl couldn't get away, and it can be seen dangling from the tree in some pictures. It's something crews typically see with ducks, and something that is terrible for the animal.

Coonrod and Chandler Fire were quick to act. They were able to clip the line, and Coonrod says the bird was able to get free and fly away. 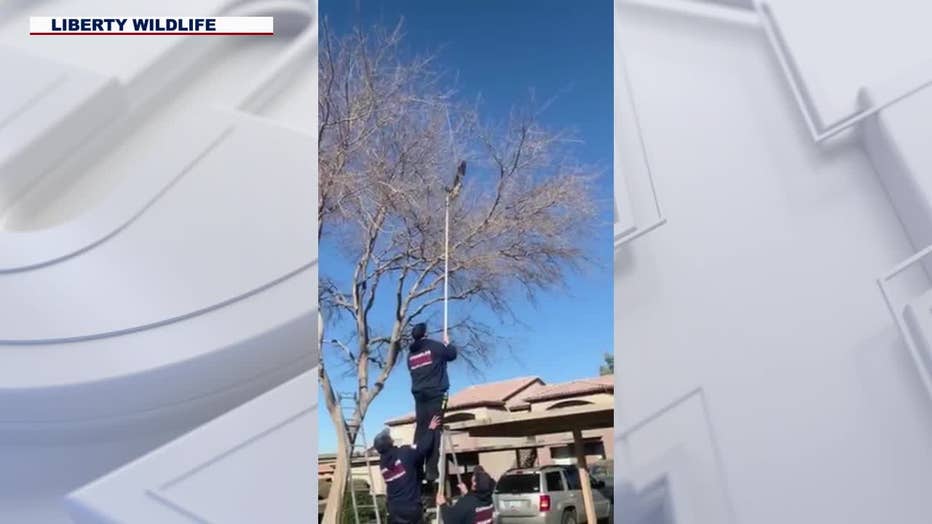 Not all the line was cut, however. The owl looks similar to these other ones Liberty Wildlife is nursing back to health. It's possible it could get stuck again, so officials are asking people to be on the lookout.

"Him flying off, that's what we hope for, for every rescue, is that they're able to fly off under their own power. The prognosis is good, but we'd still like to get him and finish what we started," said Coonrod.