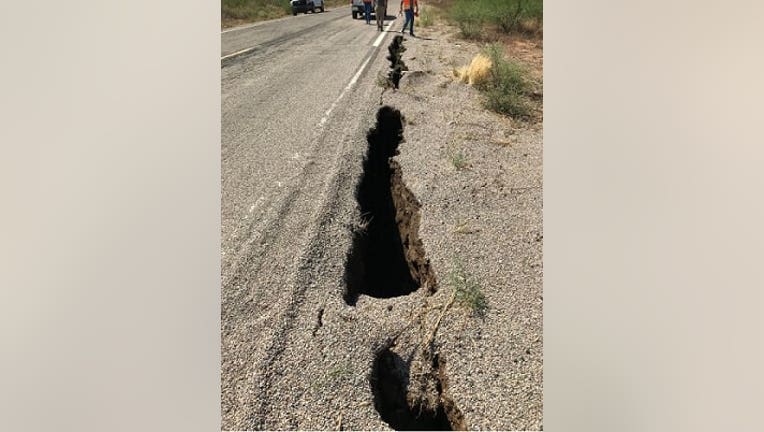 The department said it was unclear how long the stretch of U.S. 191 would remain closed and that a detour was available to bypass the closure.

According to the department, the section of highway was closed July 5 when crews discovered soil erosion next to the roadway following heavy rainfall in the area. Maintenance crews later found additional erosion under the highway and were developing repair plans, the department said.

The Arizona Daily Star reported that the erosion included a crack 10 feet (3 meters) deep and up to 2 feet (0.6 meter) wide and that it occurred in a region where groundwater pumping has caused fissuring and subsidence.

"This is the worst situation I’ve encountered with earth fissures," Harman said, who has worked for the agency for 22 years.