TEMPE, Ariz. - Police say a teenage girl suffered severe injuries Monday after she was hit by a car in Tempe.

According to Tempe Police, the collision happened at around 7:30 a.m. near College Avenue and Continental Drive.

"On arrival, officers located a 14-year-old female who appeared to have severe injuries and was transported to a nearby hospital for evaluation," police said in a statement on August 16.

Police say impairment was not a factor in the crash.

Traffic restrictions are in place and drivers are advised to avoid the area. 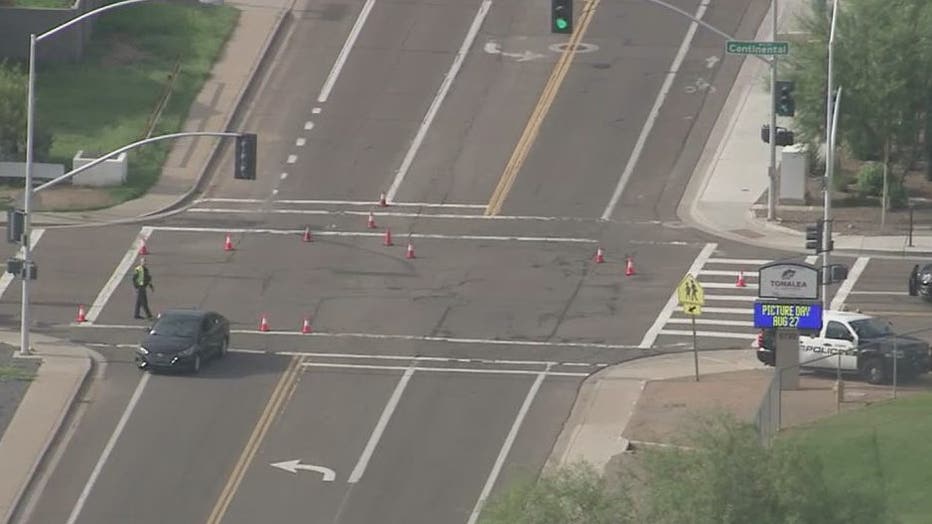 Animals impacted by severe flooding in Gila Bend are being cared for by a team from the Arizona Humane Society.

Silent Witness is looking for information on a man suspected of robbing a woman outside of a North Phoenix grocery store in June.