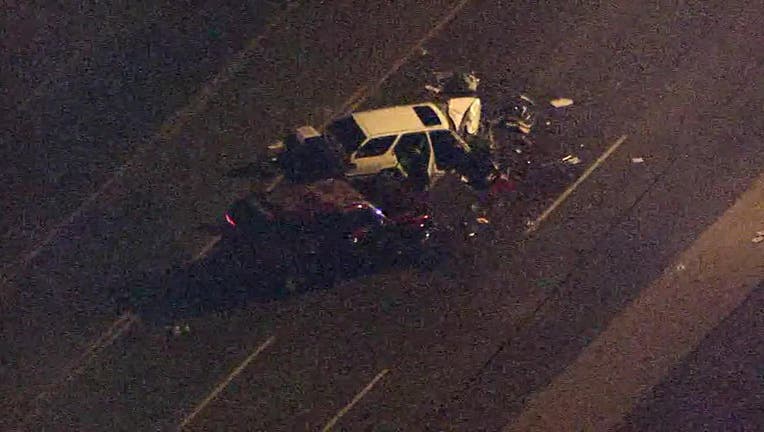 PHOENIX - A man died after he was involved in a three-car crash Thursday night, according to the Phoenix Police Department.

It happened around 5:40 p.m. near Alice and 43rd avenues when the solo driver of a Honda SUV made a left turn and collided with a sedan.

The sedan's driver then crashed head-on with a Chevrolet SUV with four people inside.

The occupants in both SUVs suffered minor injuries, however, the man in the sedan died at the hospital, police say. He has not been identified.

Alcohol and/or drugs do not appear to be a factor.

43rd Avenue between Dunlap, Olive and Alice avenues, is closed for the next few hours and police ask drivers to find an alternative route.