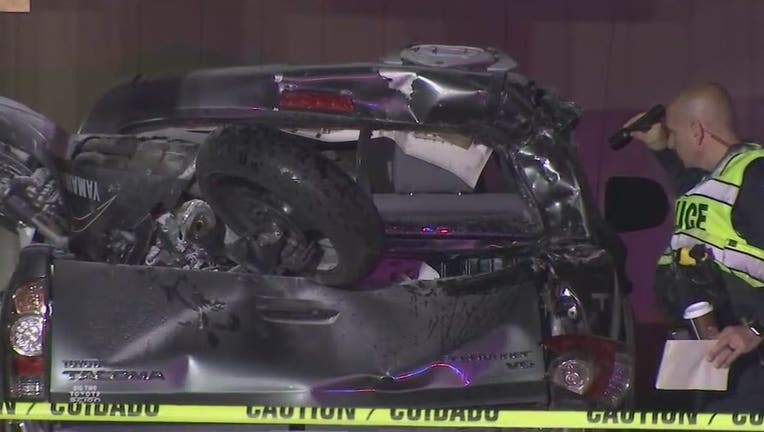 TEMPE, Ariz. - Tempe Police say one person died and another is seriously injured after a motorcycle crashed into a home in Tempe.

Officers responded to the home near Mill and Southern Avenues Saturday night to find a motorcycle in the back of a pickup truck in the carport of the home.

Police say 25-year-old Austin Forker was driving the motorcycle and 21-year-old Sanjana Kumar was a passenger.

A preliminary investigation reveals Forker lost control of the bike after traveling at a high speed causing the crash. Officers say both Forker and Kumar were thrown from the bike and collided with parts of the home. Neither was wearing a helmet.

Both victims were taken to the hospital where Kumar later died from her injuries. Forker remains in critical condition.

Police do suspect impairment as a factor in the crash. The investigation is ongoing.