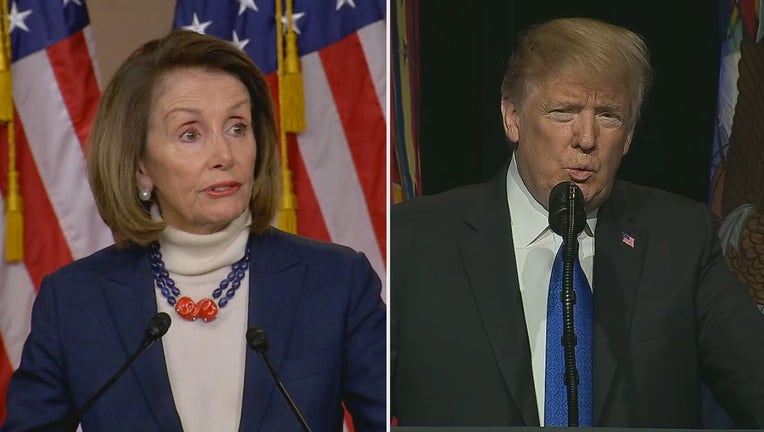 FOX NEWS - House Speaker Nancy Pelosi, D-Calif., on Saturday hit parts of President Trump's deal with Mexico on stopping migrant flows after he threatened to slap tariffs on the country -- saying that Trump was engaged in "threats and temper tantrums."

"President Trump undermined America's preeminent leadership role in the world by recklessly threatening to impose tariffs on our close friend and neighbor to the south," she said in a statement.

"Threats and temper tantrums are no way to negotiate foreign policy," she said

Trump announced Friday that the U.S. and Mexico had reached a deal, after he had previously threatened to slap 5 percent tariffs on all incoming goods from Mexico -- a warning that had sparked concern from both Democrats and Republicans about the trade deal negotiated between the U.S., Canada and Mexico.

Get more updates on this story from FoxNews.com.