It happened around 7 p.m. on Sept. 26 near Lake Pleasant Parkway and Deer Valley Road.

PEORIA, Ariz. - A shoplifting suspect has been arrested after police say he struck two police officers with his vehicle after trying to flee the scene.

The situation began at 7:00 p.m. on Sept. 26 near Lake Pleasant Parkway and Deer Valley Road. The caller, an employee at the business, reported a male suspect concealing items while he was inside the store.

When officers responded to the call at the Walmart store, they found the suspect in the parking lot. They attempted to detain him and that's when police say the man resisted, entered and started his vehicle, and proceeded to reverse while the doors were open, striking two officers.

"The front passenger-side door struck the officer so hard that the door could no longer close. The two officers received minor injuries and were evaluated at the scene by Peoria Fire-Medical," stated Sgt. Amanda Gaines. 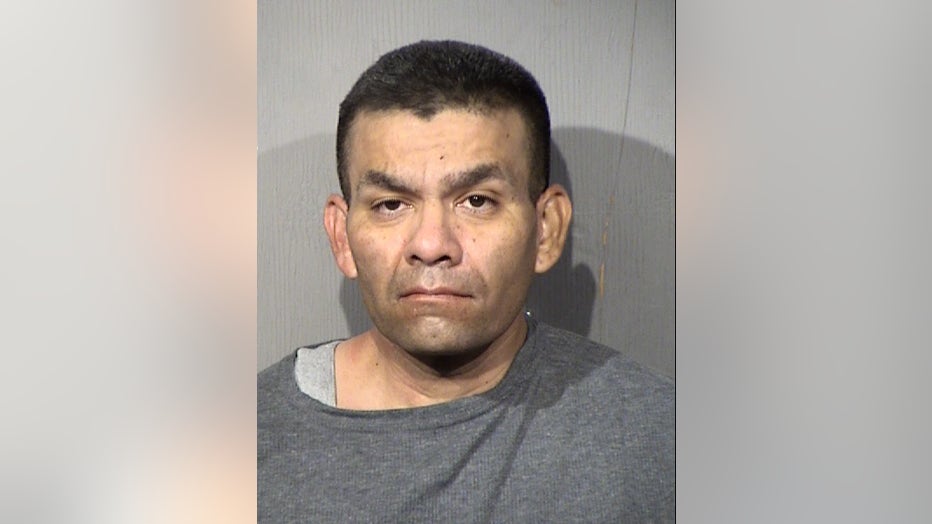 The suspect vehicle was later located by police in the area of 99th Avenue and Beardsley Road. An officer attempted to make a traffic stop, but the suspect continued to flee at a high rate of speed.

A police helicopter air unit reponded to the situation and followed the vehicle to the area of 99th and Glendale avenues. Officers found the suspect as he exited his vehicle and took him into custody.

The suspect was identified as 40-year-old Gabriel Brandin of Avondale. He was booked into the 4th Avenue Jail.

Brandin is accused of aggravated assault on a law enforcement officer, unlawful flight, endangerment, shoplifting, possession of drug paraphernalia, and driving under the influence.