Police officials say it all began as an attempted to arrest a wanted person. FOX 10's Justin Lum reports.

PHOENIX - Peoria Police officials say an attempt to arrest a wanted person turned into a police chase that ended at a gas station in the West Valley.

According to a statement by Peoria Police, the incident began at a parking lot on August 5 at around 4:10 p.m., when police detectives tried to locate and arrest a dangerous person who was wanted on several accusations of domestic violence. The person allegedly also threatened to kill the alleged victim and others.

The suspect has been identified at 37-year-old Bryan Lamb. 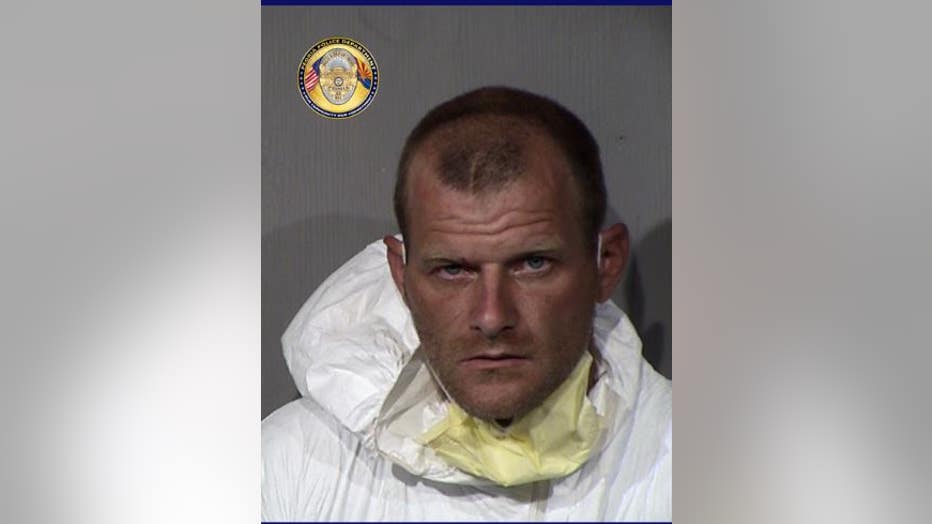 "The suspect entered his vehicle and at some point pointed a gun at officers from inside the vehicle," read a portion of the statement. "Officers initiated a pursuit, and during the pursuit, the suspect shot at officers on the freeway."

The pursuit, according to police, went south on the I-17 and then continued west on the I-10. Lamb then went on Loop 202, and then left the freeway on Lower Buckeye Road. Eventually, the suspect pulled into a gas station parking lot at 67th Avenue and Buckeye Road.

"The suspect was non-compliant upon contact," read a portion of the statement. "With the assistance of Phoenix Police Department and a K9 unit, the suspect was taken into custody and was transported to a local hospital for injuries sustained."

The 37-year-old had been bitten by a K9, and no one else was hurt during the incident.

Lamb has been booked into multiple charges including aggravated domestic violence, aggravated assault against an officer, stalking and unlawful flight.