Peoria Police: Woman arrested after running over officer with car

A woman was arrested in connection to a Friday night incident where an officer was ran over. The officer is in serious condition.

GLENDALE, Ariz. - An officer suffered serious injuries Friday night in an incident that ended with a police pursuit and a crash in the West Valley.

Officials say Peoria cop James Hunter was notified by a store worker that a woman had shoplifted and was "acting suspicious" in a parking lot at 9460 West Northern Avenue. 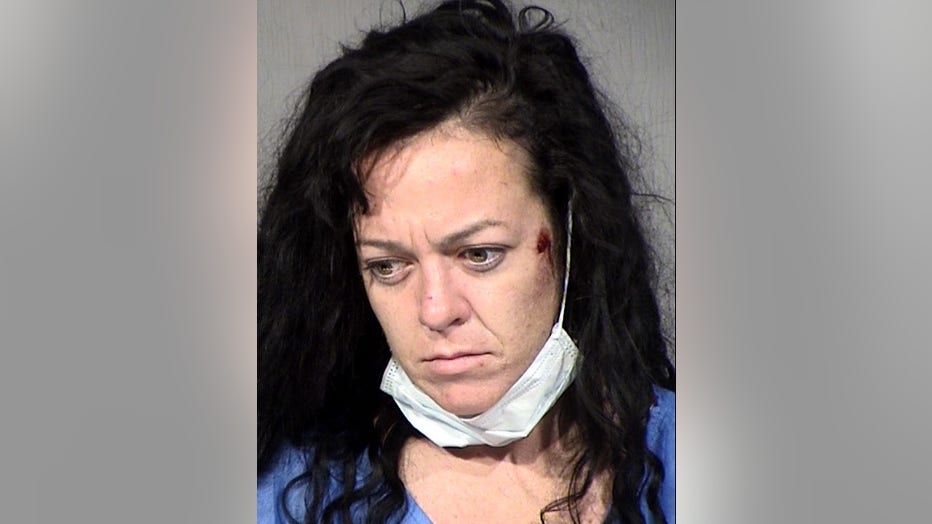 Hunter tried to speak with the woman, identified as 31-year-old Erin Taylor, who was standing outside of her vehicle and was not following directions, police say.

Taylor went inside her car, and after Hunter physically tried to pull her out, her placed her car in reverse and drove over the officer's leg, pinning him against his squad car.

The woman sped out of the parking lot, causing a police chase that ended on Glendale Avenue near the Loop 101.

"Other officers pursued the suspect, who later crashed and was taken into custody in Glendale," the statement read.

Officer Hunter was taken to the hospital with serious but non-life-threatening injuries.

Erin Taylor has been booked into jail on charges of aggravated assault, drug possession, unlawful flight from law enforcement, DUI, firearms and theft.