People around the nation are remembering the men and women who have served our country and that includes the cities of Phoenix and Mesa.

Now in its 23rd year, the Phoenix Veterans Parade has been billed as one of the largest attended across the country.

The parade began at 11:00 a.m. in central Phoenix and featured several floats, bands, veterans service organizations, balloons and much more.

Organizers are expecting 2,500 participants and some 45,000 spectators along the parade route.

Actress Loretta Swit, best known for her role as "Major Margaret Houlihan" on the TV show "M*A*S*H" will serve as this year's grand marshal. 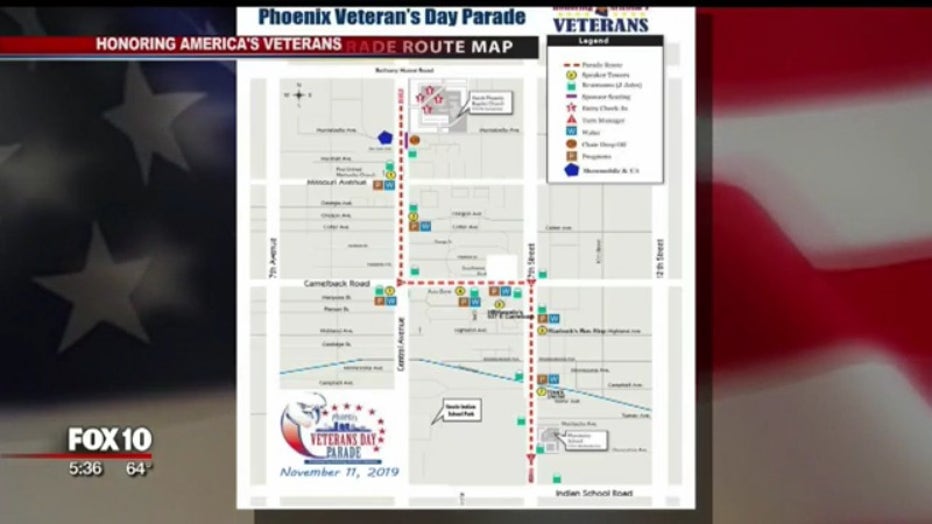 If you plan to drive in the area, closures will be in place from Central Avenue and Montebello, which is just south of Bethany Home Road, and from Camelback Road to 7th Street. Roads are expected to re-open between 1:00 p.m. and 2:00 p.m. 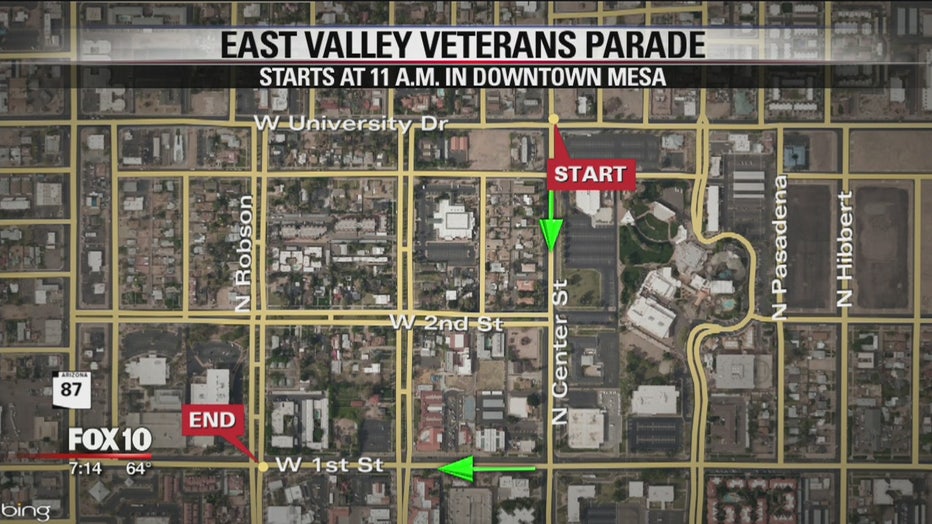