A strange shoplifting case was caught on camera at Antique Gatherings in Phoenix.

PHOENIX - Theft, video evidence, and a chase ending in an arrest – that’s how a Phoenix business owner describes what happened at her antique store.

Antique Gatherings owner, Amanda, says as a business owner, she expects shoplifting to happen, but what she didn't expect was seeing the suspects come back, and then running after them to get an arrest.

Shoplifting is a common occurrence, she says.

"It’s the nature of the business, any retail store will tell you that," Amanda explains.

But what’s not common?

"It’s very rare that we catch the people who steal from us," she said. "And we did."

It all started when they noticed jewelry was missing, and sure enough, scrubbing through security camera footage, something caught her eye.

It was footage appearing to capture two women snatching merchandise from the counter. Amanda says she and her team took note of their faces.

Days later, they came back. Amanda said when the women were approached and questioned, they quickly left.

"I mean, we had to track them while we had police on the phone. It was like a scene out of a movie," she said.

She wants to warn any would-be thieves that someone is always watching.

Phoenix Police confirm those two women were arrested on suspicion of felony shoplifting. They are identified by police as Christina Dumitru and Loredana Parolea. 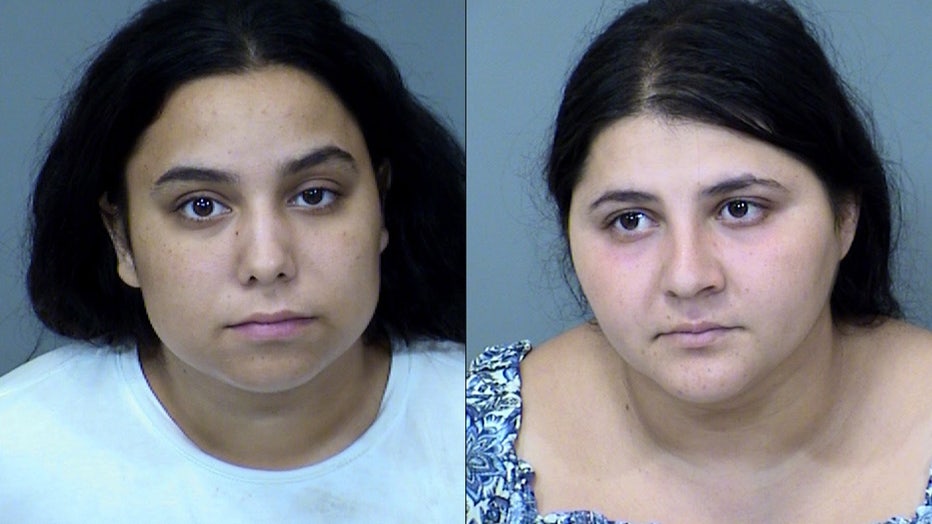