Louis Mouton III is accused of shooting and killing 32-year-old Lanae Mouton and their 11-month-old child, Ava. Court documents say when officers arrived on the scene of the shooting, they found Louis in the parking lot yelling that they made him do it. Lanae's family members spoke with FOX 10's Justin Lum about the victims.

PHOENIX - Police say a woman and her young child are dead after they were both shot during a domestic-violence-related incident on Monday night in west Phoenix, the department said, and documents detail the mental state of the suspect during and after the shooting.

According to Phoenix Police, the incident happened just before 9 p.m. on Oct. 4 near 83rd Avenue and Thomas Road.

Investigators say 34-year-old Louis Mouton III went to a home to speak with 32-year-old Lanae Mouton about their estranged relationship. After the conversation, Lanae walked back into her home with their 11-month-old child, Ava.

"The male kicked in the door and fired several shots. The female and their 11-month-old child both were struck," said Sgt. Vincent Cole with Phoenix Police.

Phoenix father kills family because of a 'deal with a spirit,' documents say

Both of the victims were taken to hospitals, where they were pronounced dead.

"The loss of a child… many of the first responders you see out here, we're fathers and mothers ourselves," said Sgt. Vincent Cole. "So dealing with something like that, it can be a life changing traumatic event for first responders."

Louis stayed at the scene after the shooting and was arrested by police and booked into jail. He's facing burglary along with first-degree murder charges and a judge set his bail at $2 million.

Neighbors are in disbelief and described the Mouton family as nice.

"It’s sad. The wife used to bring us milk and cereal and stuff like that. I used to talk to her husband," a neighbor said. "It’s kind of scary. It’s kind of dangerous, too. I have a son, he’s 17 years old. I’m just kind of scared right now."

Court documents say when officers arrived on the scene of the shooting, they found Louis in the parking lot yelling that they made him do it.

"Louis admitted afterwards he attempted to shoot himself and commit suicide but the handgun was empty. Louis exited the apartment and was contacted by responding officers in the parking lot. Louis told investigators he suffered from schizophrenia. He saw and heard spirits and aliens and was frequently possessed by them. They used his body to do actions he could not control. Louis said he made a deal with a spirit that he and his wife could be together forever but they had to die," the documents read.

His wife was supposed to die but his daughter was not, documents say, adding, he didn't agree to his daughter being killed in the deal he made with the spirit.

Lanae was close with her twin sister, Lauren Riley, despite them living in different states. They were born 30 seconds apart.

Lanae's family will likely be reminded everyday of what she and her baby girl had to go through, moments before being murdered.

"It’s anger. It was pain. When they told me that she was shot, it was fear," said Lanae's brother, Robert Wheatley. "What else could I have done? What could we have done different? Where could we have had more impact?"

Kathy said the history of domestic violence between Louis and Lanae led to one logical way out, which family members suggested: divorce. However, in the aftermath of the murder, loved ones are left with the task of burying not only Lanae, but a little girl whose life had just begin.

"It was hard. I just laid down on the floor. I couldn’t even stand up. Couldn't process it, couldn’t believe it. It’s a lot, you know. She's always been a part of me," said Lauren.

"As unfathomable as Lanae is, the baby is that much more so. Why the baby?" said Kathy.

At the time of the shooting, Lanae's three other children were at a relative's home. Now, family members say they will tell Lanae's story, in order to shine a light on a deadly issue.

"If we could help and prevent another family from having to go through this, at least one," said Lanae's brother, Robert Wheatley. "If we can do that, then we’ve contributed. We've helped someone."

"Perhaps they're feeling a little bit more comfortable reaching out, have an opportunity to reach out, and then I think it's just an increase in awareness in domestic violence of resources and services available out in the community," said Lindsay.

This tragedy in the midst of Domestic Violence Awareness Month. Lindsay says one in four women, and one in ten men have been a victim of domestic violence.

"Unfortunately, cases of just the one you're mentioning today highlight and uplift the importance and the seriousness of this issue," said Lindsay. 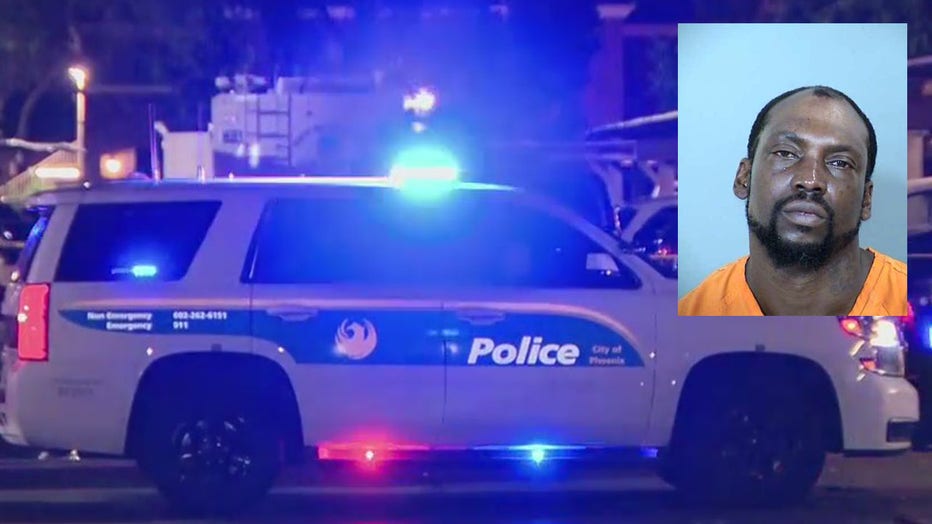