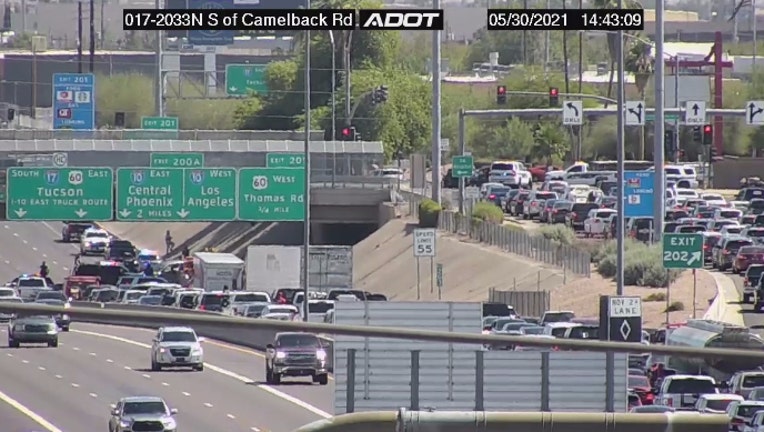 PHOENIX - A spokesperson with the Phoenix Fire Department said on May 30 that a five-car crash along Interstate 17 resulted in two people being transported to an area hospital.

According to a statement, one of the five cars involved had caught fire, but the fire was quickly extinguished by crews on scene.

The two people taken to the hospital were identified as an 18-year-old woman and a 30-year-old man. The 18-year-old was listed in critical condition. Their names were not released.

Arizona Department of Transportation officials say at one point, I-17's southbound lanes were closed near Indian School Road, and all traffic needed to exit at Camelback. All lanes have since reopened.