Phoenix man accused of stealing van with bodies inside

The incident happened at a mortuary in South Phoenix, and police have arrested a 20-year-old man in connection with the alleged theft.

PHOENIX - Court documents show a 20-year-old Phoenix man is accused of stealing a van from a mortuary with two bodies inside.

According to the documents, police were called out to South Mountain Mortuary, located north of Central Avenue and Baseline Road, at around 12:43 p.m. on June 2, for reports of a person stealing a van with two dead bodies inside.

"Mortuary employees had placed the two dead bodies into the van and started it to transport the bodies to a crematorium," read a portion of the documents. "While the van was still running, the employees briefly went inside. While they were inside, the suspect stole the van."

Investigators say two officers were in the area of 32nd Street and Roeser when they saw a van parked in a parking lot that matched the description of the stolen van. 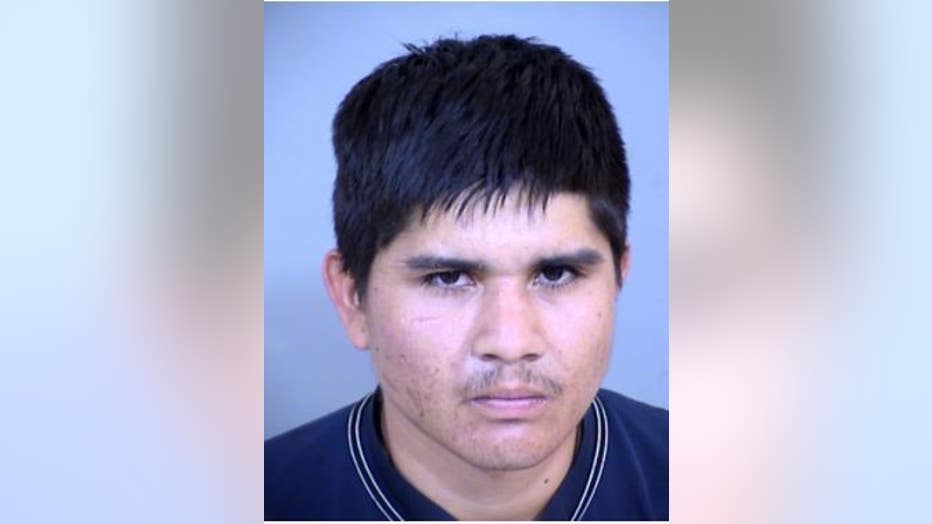 Officials say the suspect, identified as Jose Arnulfo Aramburo-Molina Jr., was later seen by officer walking in the area, wearing the same clothes that he was seen wearing by witnesses and in surveillance photo.

When officers approached Aramburo-Molina, investigators say they found five blue pills that are believed to be fentanyl in his pocket, as well as a key fob, which was later confirmed to be the key fob for the stolen van.

Court documents show Aramburo-Molina is accused of two counts of improperly removing a dead person, a count of theft of means of transportation, and two other drug-related offenses.

Aramburo-Molina, according to court documents, is released on his own recognizance. He is scheduled to appear in court for a preliminary hearing on June 21.

FOX 10 has reached out to the mortuary for comment on the running van, but officials with the mortuary have declined to comment.