Patrol officers had responded to reports of a man passed out in his vehicle near 16th Street and Beardsley Road on July 7.

A search of the truck reportedly revealed:

Donald Garwood, the man found unconscious in the truck, was arrested and booked into jail. 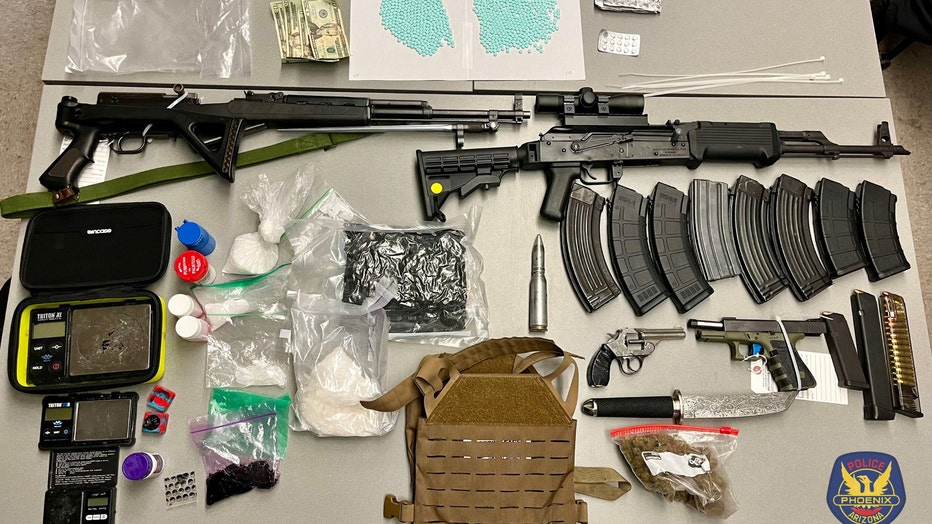 Phoenix officers say they found meth, heroin, fentanyl and other contraband in a man's truck on July 7. (Phoenix PD)