PHOENIX - A robbery suspect held a clerk at gunpoint near 36th St. and Thomas. Now Silent Witness needs your help to find him.

Take a look at the Walgreens store's surveillance video from Feb. 13 at 7:00 a.m.

Phoenix Police say the suspect parked in a space near the front of the business, entered the store, and selected items. After approaching the cashier, the suspect pulled a handgun from his jacket pocket and placed it on the counter.

"He also told the clerk to remove the security device from a toothbrush product he was stealing," stated Sgt. Jamie Rothschild.

The suspect then fled the scene, heading northbound on 36th Street in a silver, 4-door Honda sedan.

"Although he was covered up, it's possible someone may recognize his 'security' jacket or his Honda that was missing a hubcap," added Rothschild.

The suspect is described as a Hispanic male, 6' 1" tall, weighing 250 pounds. 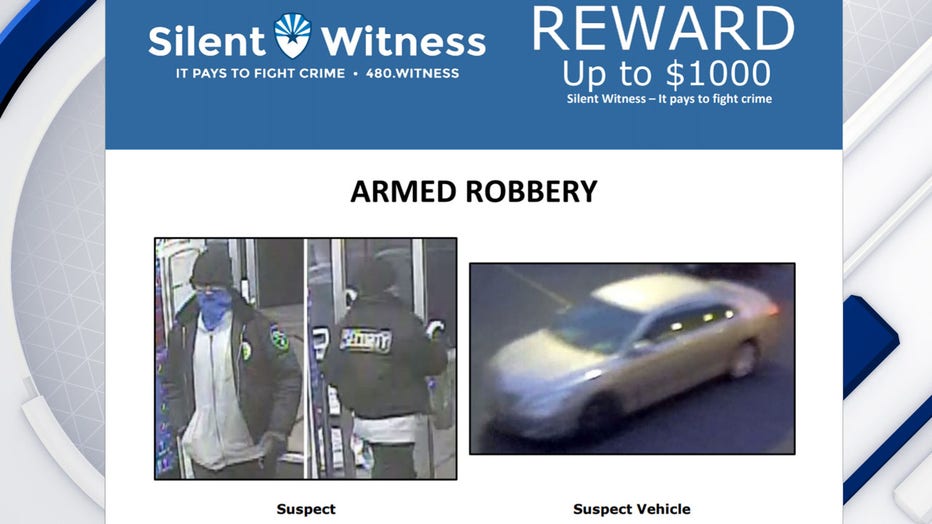 This robbery occurred at 7:00 am near 36th Street and Thomas Road on February 13th.