Moldovan, 22, was seriously wounded during a shooting in December 2021, and was initially given little chance to live. Following months of rehabilitation, he has returned to Phoenix. FOX 10's Nicole Garcia reports.

PHOENIX - Last December, Phoenix Police Officer Tyler Moldovan ended up on life support in extremely critical condition after being shot eight times, including once in the head.

On June 2, the 22-year-old finally returned home to the Valley after making a miraculous recovery.

The young officer was shot and seriously wounded in the line of duty back on Dec. 14 while searching for a man who was reportedly driving erratically in an area near 15th Avenue and Camelback Road.

Moldovan was initially given little chance to live, but he spent about a month on life support before being sent to recover at a rehabilitation center in January.

The officer arrived at Deer Valley Airport at noon on Thursday before being taken home by an ambulance. He remains in a wheelchair and his mobility is limited, but he continues to make strides in his healing journey.

"We are just so grateful for a miracle from God. We’re thankful that he made it. He has a long road to recovery most likely. The fact that he is home -- we need good valuable cops like that out there, and we’re so grateful for his service," said Steve Cameron, who lives near the Moldovans.

"The Moldovan family is so appreciative for the support they have received," the police department said in a statement. "They ask for privacy once they arrive home, as Officer Moldovan continues on the road of recovery."

"We’re just happy for him. We are happy that he survived, and praying for all the officers on the road right now. We're grateful for these men and women that are out there," said Cameron.

According to Sgt. Vincent Cole, officers were investigating reports of vehicles driving erratically near 19th Avenue and Camelback Road just after 2 a.m. on Dec. 14. Police located a car matching the description of the vehicles at an apartment complex down the street.

As police searched the area for the driver, Moldovan found the suspect, identified as 24-year-old Essa Kolareh Eugene Williams, hiding behind a wall of an apartment patio.

"The subject was on the phone telling someone he was going to jail," read a portion of court documents. "[Moldovan] asked the subject if he had any weapons and he said no. The male subject produced a handgun from his waist area, raised it at the police officer, and fired multiple times."

Officer Moldovan fell to the ground and the suspect continued to fire gunshots at him "while he was lying on the ground unresponsive."

Court paperwork shows that Moldovan was shot eight times, including once in the head.

After the shooting, Williams allegedly tried to pull Moldovan's handgun from its holster before being tackled by another officer.

Williams threw himself to the ground but resisted arrest. Another officer ultimately made it to the shooting scene and Williams was taken into custody.

"[Williams] made spontaneous utterances after his arrest asking the officers to shoot him and said another individual did it," read a portion of court documents.

Williams is accused of attempted first-degree murder, possession of a weapon by a prohibited person and resisting arrest.

His bond is set at $3 million. 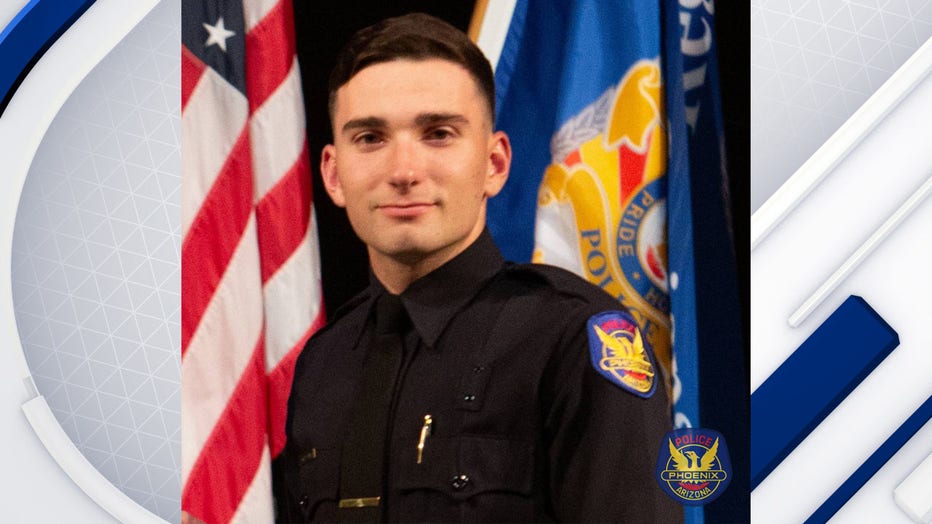