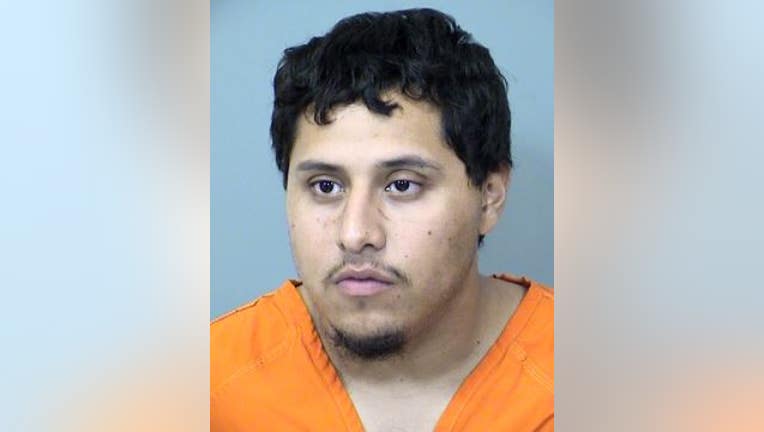 Caleb Santillanes is accused of being involved in a road rage shootout near 40th Avenue and Camelback.

PHOENIX - Two people were injured after a road rage incident in Phoenix ended in a shootout between two vehicles, police said.

Officers responded to a shooting call near 40th Avenue and Camelback on Sept. 14 and found a woman who had been shot.

An investigation revealed that she was driving a car when her passenger got into "a traffic dispute" with a male driver.

The argument ended with a shootout between the male passenger and the driver, police said.

Officers found the driver, 21-year-old Caleb Santillanes, near 36th Avenue and Camelback with a gunshot wound.

Both the woman and Santillanes were hospitalized for their injuries but are expected to survive.

Meanwhile, the male passenger involved in the shootout has not been found. It is unknown if he had also been hurt when the gunfire broke out.

Santillanes was booked into Maricopa County Jail and faces charges including aggravated assault, disorderly conduct and discharging a firearm in city limits.