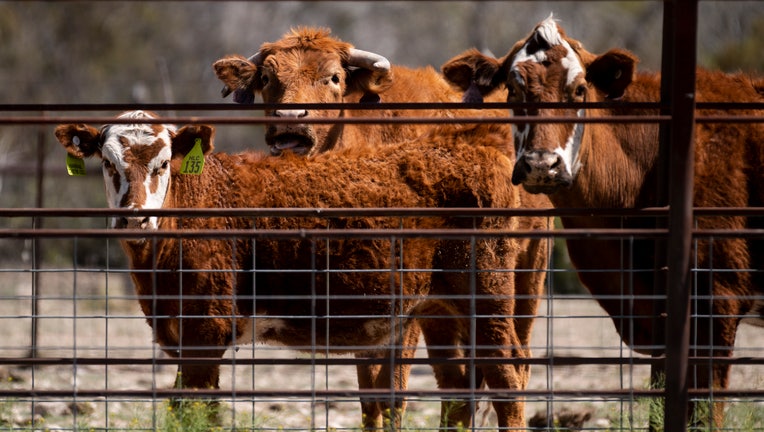 ALBUQUERQUE, N.M. - A plan by U.S. Forest Service officials to put a dent in the population of feral cattle on national forest land near the New Mexico-Arizona border is drawing fire from ranchers who say gunning down the animals from helicopters is a violation of federal law and won’t help to solve the problem.

The New Mexico Cattle Growers’ Association is concerned about the ability of the wildlife agents to delineate branded from unbranded livestock, saying mistakenly killing cows with brands would amount to the taking of private property.

Environmentalists also have long voiced concerns that leaving cow carcasses on the landscape will only help condition Mexican gray wolves to prey on livestock. Ranchers worry the upcoming aerial gunning operation on the Gila National Forest could exacerbate conflicts with the endangered species.

Forest officials said Feb. 4 they are working with the U.S. Department of Agriculture's Wildlife Services to remove all unbranded and unauthorized cattle from the Gila Wilderness, saying the animals pose a significant threat to sensitive habitat along streams and wetlands. A previous effort by a contractor to catch and remove wild cattle from the area netted about 20 animals.

Citing the rugged terrain, forest officials said it's difficult to say how many feral cattle are in the wilderness, but they believe there could be as many as 250.

The Cattle Growers’ Association argues that since the exact number is unknown, there is no way to hold federal officials accountable or determine if progress is being made in reducing the population.

Loren Patterson, president of the ranchers group, said the situation is the result of "many years of mismanagement by the Forest Service."

"New Mexico Cattle Growers’ members understand that estray cattle are not good for the multi-use doctrine embraced by our federally administered lands," Patterson said in a statement. "This situation took years to create, and a final solution may take years to achieve."

Regional forest service officials said in a statement Friday that the most efficient way to deal with this issue is "with the responsible removal of the cattle" and the agency's primary mission is to protect the sustainable use of the forest.

"Getting ranchers back on these allotments to fix fences and gather cattle would help to solve the problem."

The association contends there is no federal statute or regulation that allows for the Forest Service to gun down livestock and that rounding up and impounding livestock is allowed only after certain conditions are met. The group said government agencies should provide adequate notice and allow public comment before "imposing their will to proceed as they deem equitable."

A similar proposal was floated by forest officials last year. That prompted a notice of intent to sue by ranchers, a coalition of Arizona and New Mexico counties and others. The New Mexico Livestock Board also rejected any discussion of aerial gunning.

Some ranchers pointed out that the planned operation follows a series of recent settlements between the federal government and environmentalists that aim to keep livestock out of riparian areas on forest lands in the Southwest. They questioned why federal officials are resorting to lethal means with cattle despite the push by environmentalists and the U.S. Fish and Wildlife Service to handle problem wolves with nonlethal methods such as hazing.

Nelson Shirley with Spur Lake Cattle Co. said persistent efforts by environmentalists to get the federal government to retire more grazing allotments have resulted in more feral cattle on the landscape.

"There's nobody to keep the fences up and nobody there to brand these cattle and do something with them," he said. "The Forest Service is to blame for leaving so many permits vacant. Getting ranchers back on these allotments to fix fences and gather cattle would help to solve the problem."

Federal wildlife officials also are in the midst of conducting an annual survey of Mexican gray wolves along the New Mexico-Arizona border. The results are expected in the coming weeks.

The survey done last year showed at least 186 Mexican gray wolves in the two states. That marks the fifth straight year that the endangered species increased its numbers.

The U.S. Fish and Wildlife Service said Friday in a statement that it does not think the operation will have an effect on wolves "due to the short-term nature of the carcasses and the limited utilization of the area by Mexican wolves."