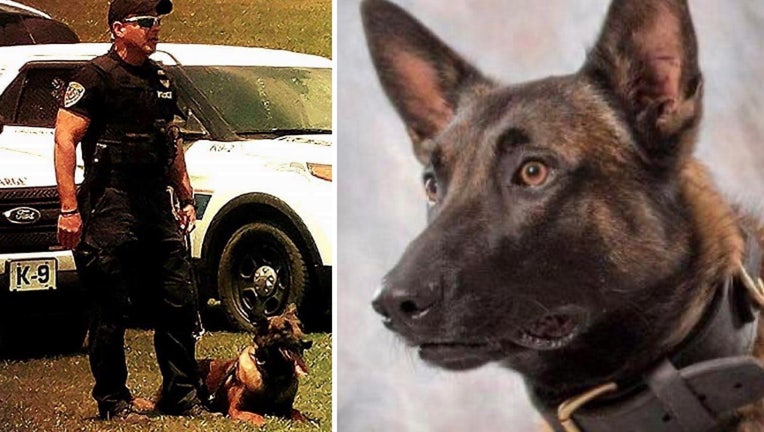 JOHNSTOWN, Pa. - A police K-9 in Pennsylvania died in a fall down an elevator shaft while assisting police in a search for burglary suspects, authorities said.

Just after 4 a.m. Sunday, officers in Johnstown were dispatched to a burglary at the old Goodwill warehouse in Woodvale, Cambria County emergency dispatchers said. Two of five suspects were quickly apprehended, and the K-9 unit was dispatched to help find the others, police said.

During the search of the five-story building, K-9 Titan fell through an unsecured open elevator shaft on the fourth floor of the building, police said. The animal was rescued but suffered fatal injuries, police said. All five suspects were eventually taken into custody, police said.

K-9 Titan had “served honorably” with the Johnstown Police Department since 2014 and died “in the line of duty,” Interim Captain Chad Miller said.