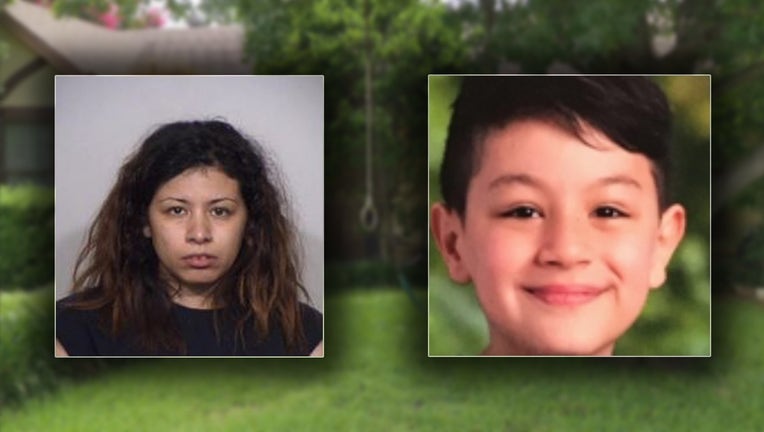 IRVING, Texas - There are new details about a previous case involving the Irving mother accused of murdering her 8-year-old son earlier this week because demons told her to.

According to an arrest affidavit from November 2018, police were called to a Ross in Irving after getting reports that Tisha Sanchez was holding a child by his neck.

Responding officers found that Sanchez had been holding her son, Joevani De La Pena, tightly by his shirt collar for almost 30 minutes, which was hurting him and almost choking him.

An officer told her to let go of him, but Sanchez reportedly refused, and when the officer pulled her away from her son, she tore the shirt "almost completely off of him."

The affidavit states Sanchez continued to go towards her son "in an aggressive manner."

When police tried to arrest her, she fought with them, and was described as "extremely aggressive," even kicking an officer and putting her hand on his gun.

Police said she was referred for a mental health evaluation, and CPS said the case was closed in January, and the boy remained with Sanchez.

Sanchez is accused of killing her son on June 23, and reportedly said demons told her to sacrifice him.

A relative told police she believes Sanchez smothered him with a pillow.