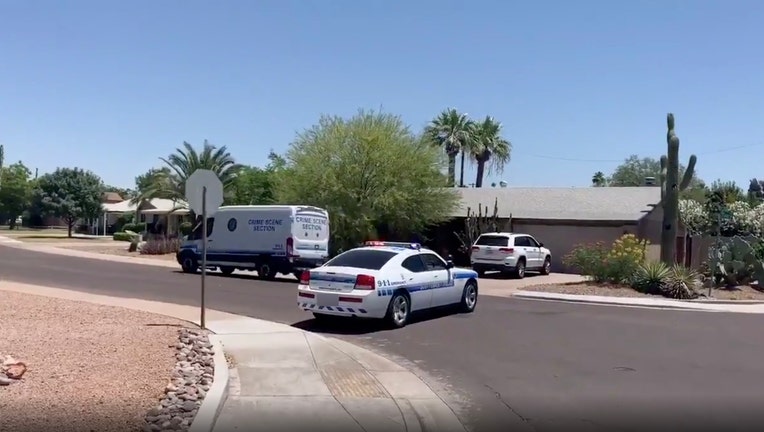 SCOTTSDALE, Ariz. - Officials with the Scottsdale Police Department have identified the people involved in a family disagreement that turned into a murder-suicide incident on Thursday.

According to a police spokesperson on Thursday, officers were called out to a neighborhood north of Hayden and Thomas Roads for a report of shots fired when they found the people involved.

According to Sgt. Ben Hoster on Friday, three people were found dead at the scene. They have been identified as 76-year-old Donna M. Archer, 53-year-old Charyl P. McCarthy, and 50-year-old Roger Lee Paris.

Investigators say Paris is the suspect in the case. They say Paris killed Archer, who was his aunt, by suffocating her in a car parked at the residence.

Paris, according to investigators, then shot McCarthy, who was her sister, with a handgun in the home's driveway before turning the gun on himself. An investigation is ongoing.