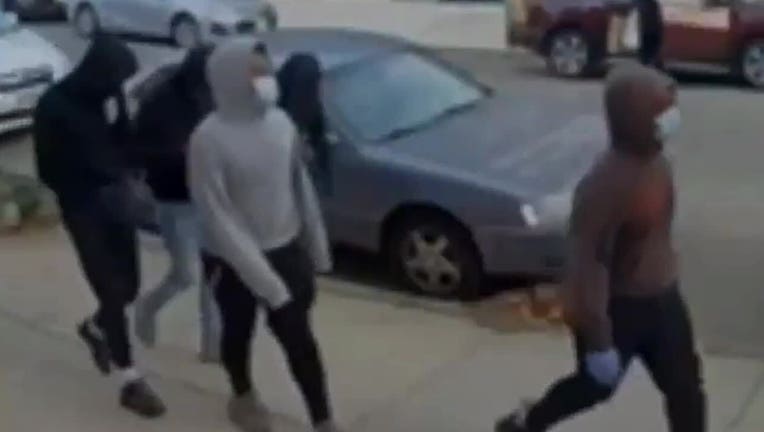 Police say a group of five teens knocked a woman unconscious as she got into her car in North Philadelphia.

NORTH PHILADELPHIA - Philadelphia police are looking to identify and locate five suspects they say brutally attacked a woman before one of them stole her car.

A 40-year-old woman was walking towards her vehicle and attempted to enter the driver seat when five male suspects approached her from the rear.

Police say the suspects began punching her in the head, knocking her unconscious.

The victim was taken to the hospital to be treated for a broken nose and a concussion.

Police have described the suspects as five Black males in their teens. All of the suspects were wearing hoods on their heads and surgical masks on their faces.

Anyone with information about the incidents or the suspects is asked to contact Philadelphia police.