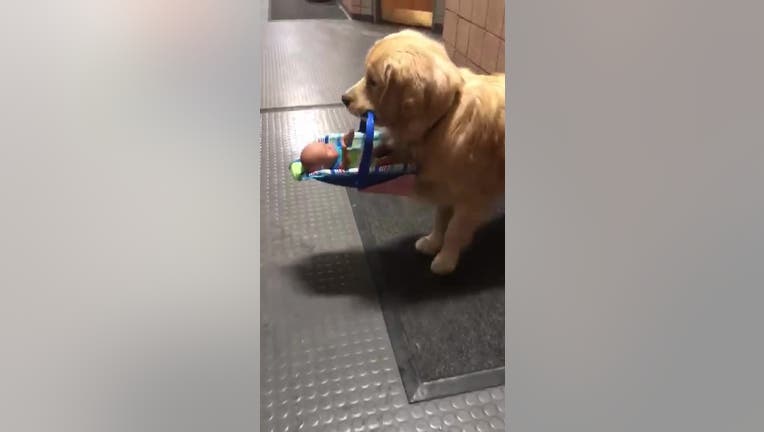 FRANKLIN, Mass. - Can you say busted?

Police in a city in Massachusetts are accusing its therapy dog of "misappropriation of toys", and it was all caught on camera.

According to officials with the Franklin Police Department, the Golden Retriever, named Ben Franklin, was taking a toy from a classroom that is meant to be shipped off to a local non-profit.

Video taken by a police officer shows the dog carrying a baby doll and the carrier seat it came with off to "his lair", which is the space underneath an office desk, and evading officers who lined the hallway.

In a report by Boston FOX affiliate WFXT, instead of facing charges, Ben Franklin will be banned from the room that is holding the toys.