If you have yet to receive your stimulus check, there are a few things you can do to check on its status.

WASHINGTON - President Donald Trump said Wednesday that he supports a fresh round of government payments to individuals to help them weather the coronavirus pandemic but “it has to be done properly.”

Trump also said he wants payments larger than the $1,200 the government sent to most individuals earlier this year. He did not say how big he’d like the payments to be.

Trump complained about creating disincentives for people to go back to work, but appeared to be confusing the direct federal payments with a $600-per-week federal supplement for anyone collecting state unemployment benefits.

The $600 federal unemployment benefit runs out at the end of July and lawmakers are deciding whether to extend it. Republicans have argued against doing so, saying it created a situation where some people made more money collecting unemployment than they would if they had returned to work.

“We had something where they wanted, where it gave you a disincentive to work last time. And it was still money going to people and helping people so I was all for that,” Trump said during an interview with Fox Business Network. “But we want to create a very great incentive to work. So we’re working on that and I’m sure we’ll all come together.”

MORE: Still waiting for your stimulus check? Here's how to track it

The president also said he wants an easier distribution process free of some of the glitches that plagued the first round. 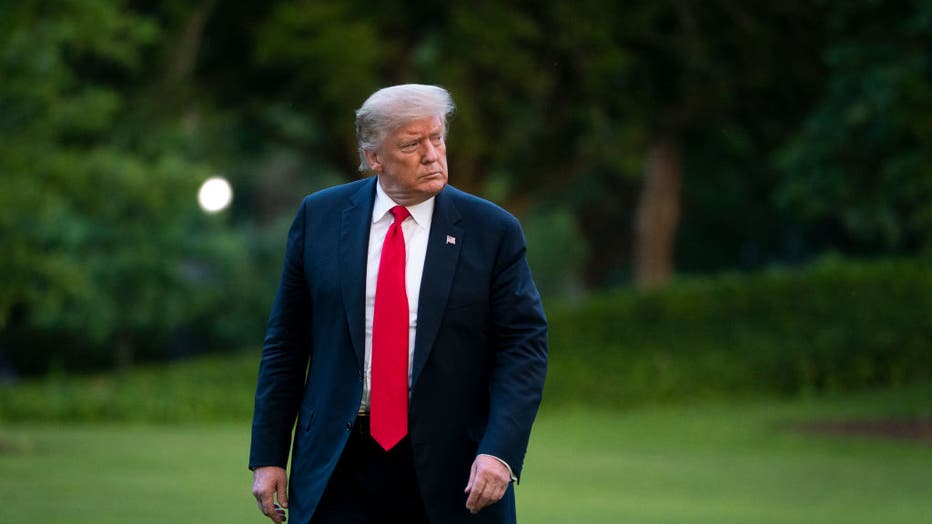 WASHINGTON, DC - JUNE 25: U.S. President Donald Trump walks to the White House residence after exiting Marine One on the South Lawn on June 25, 2020 in Washington, DC. President Trump traveled to Wisconsin on Thursday for a Fox News town hall event a (Photo by Drew Angerer/Getty Images)

In May, Democrats pushed a $3 trillion coronavirus relief bill through the House, including almost $1 trillion for state and local governments and another round of $1,200 direct payments to individuals, along with help for the unemployed, renters and homeowners, college debt holders and the Postal Service.

Republicans mocked the bill as a bloated Democratic wish-list and it was dead on arrival in the GOP-led Senate. Republicans have said they want to see how $3 trillion in previously approved coronavirus relief is working before authorizing additional spending.

MORE: Will Americans get a second coronavirus stimulus check? Your top questions answered

GOP leaders also wanted to assess how states were reopening their economies before deciding on a new round of economic assistance, but many states are experiencing alarming spikes in coronavirus infections and have delayed or rolled back aspects of their reopening.

Trump and top Republicans like Senate Majority Leader Mitch McConnell, R-Ky., insist the next measure protect businesses that are reopening from liability lawsuits. Democrats oppose that. Trump also wants a payroll tax cut, which Democrats also oppose and some GOP leaders do not yet support.

On the question of a fourth round of assistance, Trump said in May: “Phase Four is going to happen. But it’s going to happen in a much better way for the American people.”