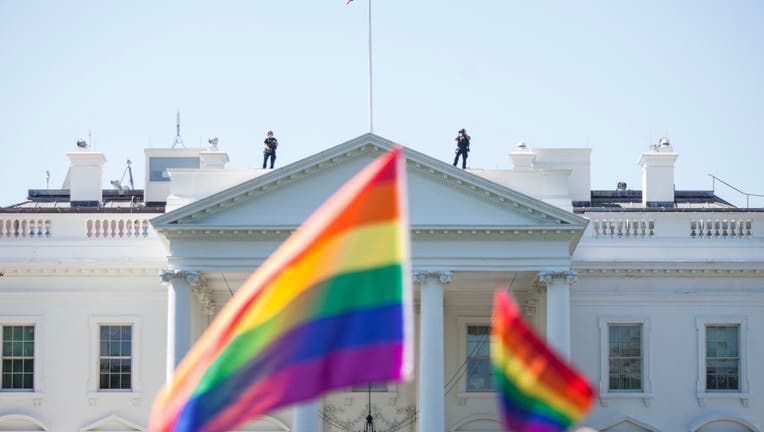 WASHINGTON, DC - JUNE 11: Demonstrators carry rainbow flags past the White House during the Equality March for Unity and Peace on June 11, 2017 in Washington, D.C. Thousands around the country participated in marches for the LGBTQ communities, the ce

‘Today, the rights of LGBTQI+ Americans are under relentless attack," the president stated. "Members of the LGBTQI+ community — especially people of color and trans people — continue to face discrimination and cruel, persistent efforts to undermine their human rights."

RELATED: Laverne Cox honored by Mattel with her own Barbie doll

Florida Gov. Ron DeSantis signed a bill into law in March that forbids instruction on sexual orientation and gender identity in kindergarten through third grade, a policy that has drawn intense national scrutiny from critics who argue it marginalizes LGBTQ people. 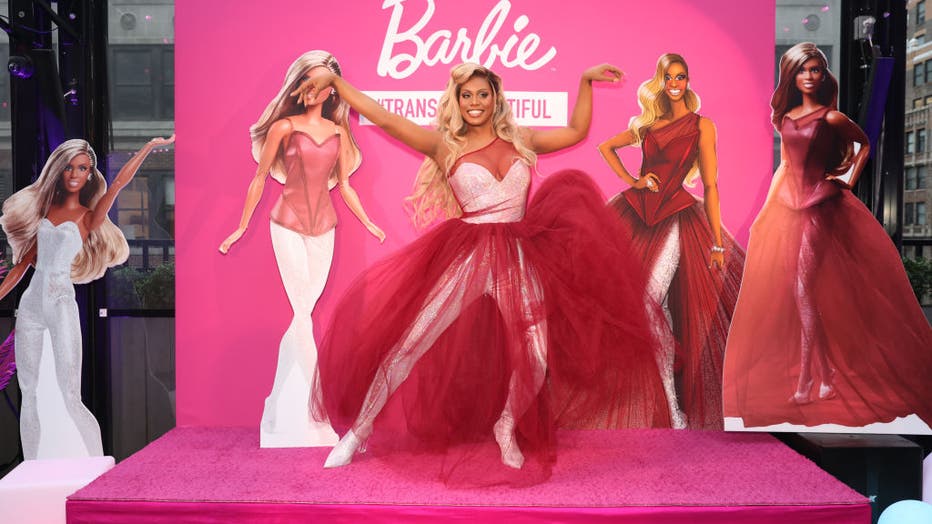 The president outlined steps he has taken to affirm the LGBTQI+ community.

"I signed a landmark Executive Order charging the Federal Government with preventing and combating discrimination on the basis of sexual orientation and gender identity," he said. "This includes non‑discrimination protections for LGBTQI+ Americans in housing, health care, education, employment, credit and lending services, and the criminal justice system. My Administration has expanded access to inclusive passports for transgender Americans and instituted reforms to the traveler screening process at United States airports."

RELATED: ‘Loved and accepted just the way you are,’ Biden says on National Coming Out Day

Biden said the work isn’t done as he calls on Congress to pass the Equality Act, which will extend civil rights protections to the LGBTQI+ community.

"We reaffirm our belief that LGBTQI+ rights are human rights," he added.

How did Pride Month start?

Pride Month, which is now celebrated by LGBTQI+ communities and allies all over the world, stems from the tragedy of the Stonewall Riots in June 1969.

The Stonewall Inn in New York City is now a landmark and part of the Stonewall National Monument, but in 1969, it was part of a gay scene that was known, yet not open. At the time, showing same-sex affection or dressing in a way deemed gender-inappropriate could get people arrested, and bars had lost liquor licenses for serving LGBTQ customers.

The police raid on the bar began early the morning of June 28, 1969. The nightspot was unlicensed, and the officers had been assigned to stop any illegal alcohol sales.

Patrons and people who converged on the bar on Christopher Street resisted, hurling objects and at times scuffling with the officers.

Protests followed over several more days. A year later, LGBTQ New Yorkers marked the anniversary of the riot with the Christopher Street Liberation Day March. Thousands proudly paraded through a city where, at the time, LGBTQ people were largely expected to stay in the shadows. 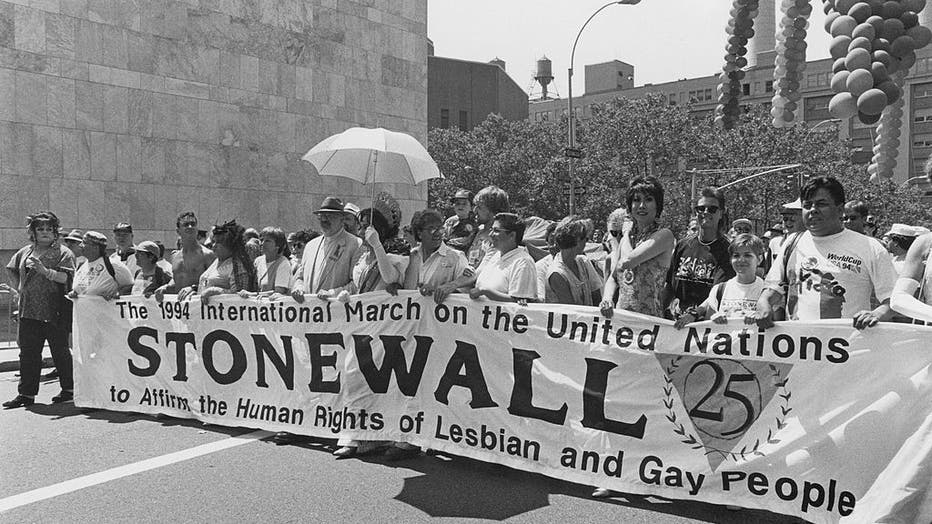 A march to commemorate the 25th anniversary of the Stonewall Riots, New York City, USA, 26th June 1994. The banner reads 'The 1994 International March on the United Nations to Affirm the Human Rights of Lesbian and Gay People'. (Photo by Barbara Alpe

In 2019, former President Donald Trump recognized Pride Month for the first time during his presidency.

Biden echoed some of his predecessors when he signed a proclamation recognizing June 2021 as "Lesbian, Gay, Bisexual, Transgender, and Queer Pride Month."

What is the meaning of the LGBTQ pride rainbow flag?

Gilbert Baker was the creator of the rainbow flag that has become a widely recognized symbol of gay rights. He died in April 2017 at the age of 65.

According to Baker’s website, he taught himself to sew and began making banners for gay and anti-war marches, creating the rainbow flag in 1978.

According to Britannica, he adopted eight colors for the stripes, each color with its own meaning (hot pink for sex, red for life, orange for healing, yellow for sunlight, green for nature, turquoise for art, indigo for harmony, and violet for spirit). 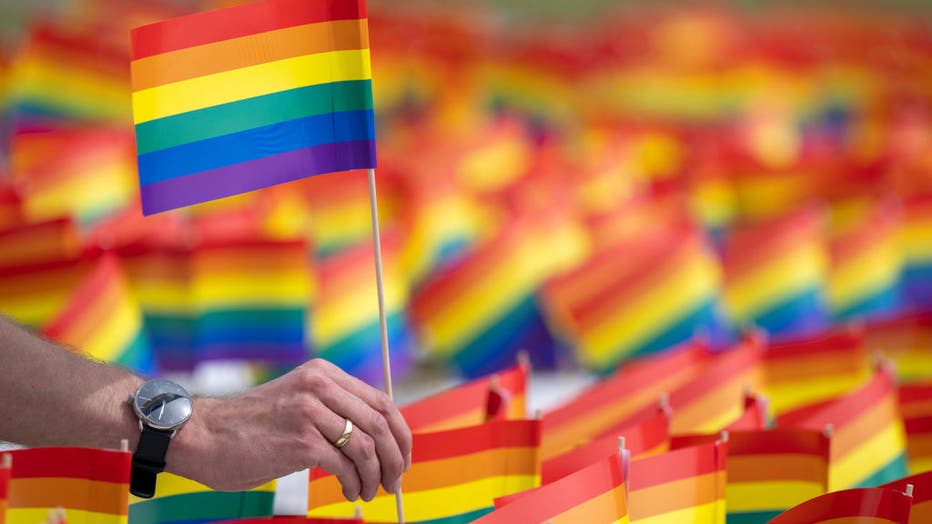 23 May 2022, Berlin: A member of the initiative "Basic Law for All" sticks a rainbow flag into the ground in front of the Reichstag building. According to the organizers, the 1,051 rainbow flags are supposed to stand for 1,051 registered and many mor

In a previous interview, Jones recalled the rainbow flag’s first appearance at the 1978 gay pride parade.

"It was quite amazing to stand there and watch all these thousands of people turn off Market Street into San Francisco Civic Center Plaza and march beneath these giant flags that were flapping in the wind," Jones said. "People looked up and faces lit up and, without any explanation, this was now our flag."

The flag was initially eight colors, but it was cut to six because of the limited availability of fabrics, Jones said. He said Baker rejected advice to patent the rainbow flag design and never made a penny off it.