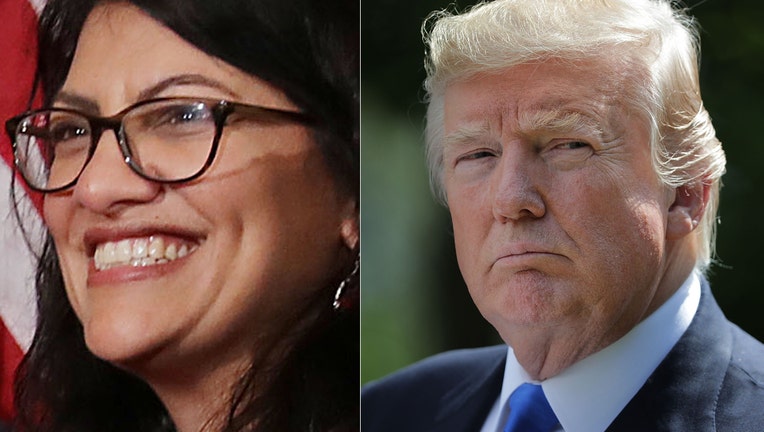 (FOX NEWS) - Freshman Rep. Rashida Tlaib, who last week made expletive-laced remarks about impeaching President Trump, characterized the comments Tuesday as "a distraction," which she reasoned was the only cause for apology.

Less than a week after the comments were made, Tlaib, the newly sworn-in Democratic lawmaker from Michigan, described the situation as having been a learning experience, NBC News reported.

"What I can tell you is I am a person that is authentically me," Tlaib said, according to the outlet. "I'm very passionate about fighting for all of us, and the use of that language, you know, was a teachable moment for me.

"And I understand I am a member of Congress, and I don't want anything that I do or say distract us. And that's the only thing I will apologize for, is that it was a distraction," she continued.