He's a voice for pitties, or pit bulls. A breed ambassador. Not bad for a dog that was rescued. FOX 10's Anita Roman has more on Mo the Screaming Staffy.

PHOENIX - He's a voice for pitties, or pit bulls. A breed ambassador.

On Instagram, Mo the Screaming Staffy is the scream king, having garnered more than 110,000 followers, the pup is pulling in the likes, and it's all for a good cause.

"We'll sometimes do the trails back here. There's trails across the street," said Kristin Allen. 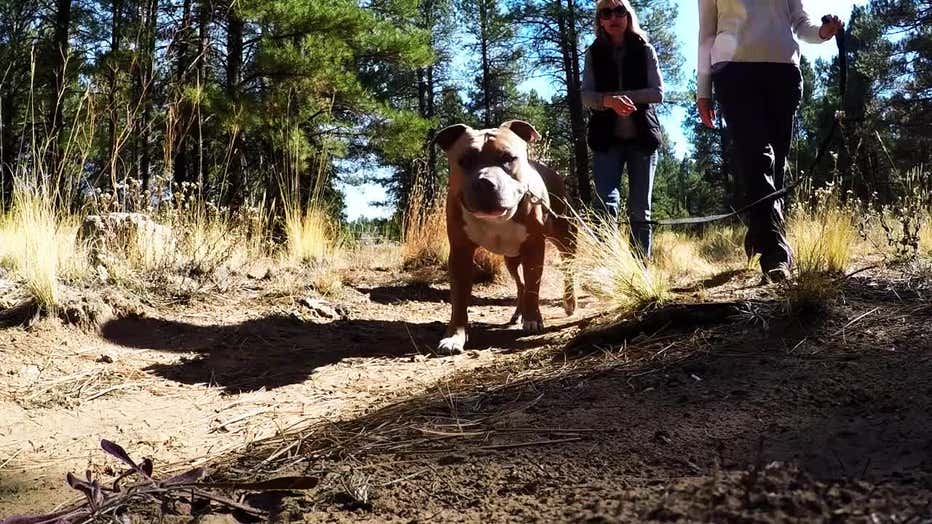 Mo, on a trail

The walks happen daily for Allen and Mo.

"We'll go more into some of the neighborhoods in town," said Allen.

The walks are appropriate Allen Mo, considering the American Staffordshire Terrier literally walked right into Allen's life a little over two years ago.

Mo was wondering the streets of Phoenix.

"When I stopped the car and got out, I was able to confirm that he was all alone. Called out to him, and he calmly walked towards me, wagging his tail the whole time," Allen recounted. 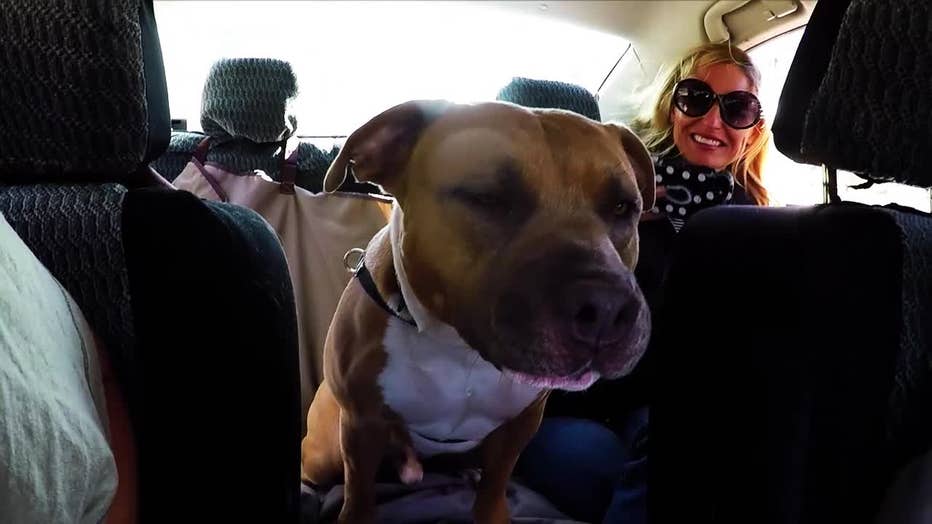 Mo, inside a car

It happened the night before Father's Day. It was also Allen's dad's birthday. Allen's dad passed away when Allen was 16, So for her to find the stray was not just a coincidence, but a life-changing moment.

Mo spent 72 hours at Maricopa County Animal Care and Control, so his previous owners had a chance to claim him.

Allen visited mo every day, and it was around that time that she noticed Mo had a "special talent".

"He looked across the room through a glass window they had, he saw a dog on the other side, and that's when he screamed for the first time," said Allen.

It's a sort of shriek that would earn Mo the name "Mo The Screaming Staffy", and turn Mo into an Instagram sensation.

Nowadays, Mo is a social media influencer, whose like count rose from a few hundred to more than 100,000, after the story of Mo's rescue was featured on a popular website.

Allen says most of Mo's screaming is done during car rides. 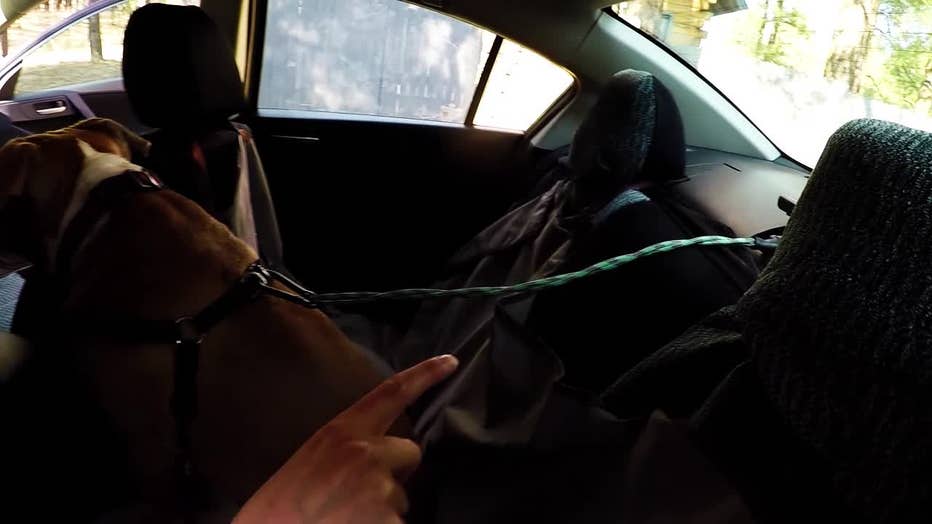 "So to keep him safe in the car, this is actually a homemade contraption. We have hooks on each end of this lead, and it actually clips into the car seat attachment that gives him space to roam and lay down," said Allen. "I try the best I can to control it, to the extent that I can, but it has come down to -- we've talked to many trainers, and its really not something that I have been able to correct or get him to quit. Quite frankly, I don't know that we want him to quit because it is -- it's who he is."

Sometimes, Mo chirps. He can also bark, as powerful voice that is now helping to save other dogs like him.

Allen and Mo work with local and statewide rescues.

"What's especially fun about Mo being an influencer is being able to connect with so many other people who are doing similar things on social, and spreading the positive word about pitbull-type dogs and shelter dogs in general," said Allen. "I've had people either laugh hysterically, be extremely startled and then, maybe laugh a little bit, and some people that are just bewildered."

Allen herself is in awe of Mo, who is very food-motivated. 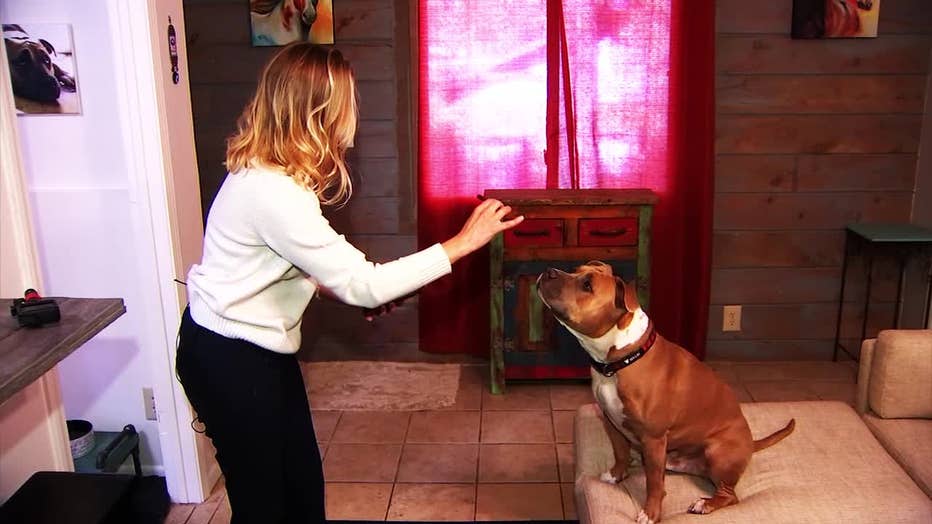 Allen jokes that she is her dog's agent, but more than anything, she is grateful he came into her life when he did, a time when she needed saving herself, a time when this screaming staffy gave her purpose.

"It's so cliche at this point, but they do," said Allen. "They rescue as much as you rescue them."

If you would like to meet Mo and help his cause, Mo will be dressed as Santa and helping the One Love Pitbull Foundation to raise money for rescue efforts.

The One Love Pitbull Foundation Christmas Party will be held at OHSO Scottsdale from 9:00 a.m. to 1:00 p.m. on December 21.