Residents have begun returning to their homes near&nbsp;Cave Creek after evacuation orders ended at 6 p.m. Tuesday.

CAVE CREEK, Ariz. - Residents have begun returning to their homes near Cave Creek after evacuation orders ended at 6 p.m. Tuesday.

The fire is now 100% contained after it forced the evacuation of 130 homes.

“We were mandatorily evacuated, so we did," said Karen Acker, who was evacuated on Sunday night. "We packed up and left, and now we’re exhausted." 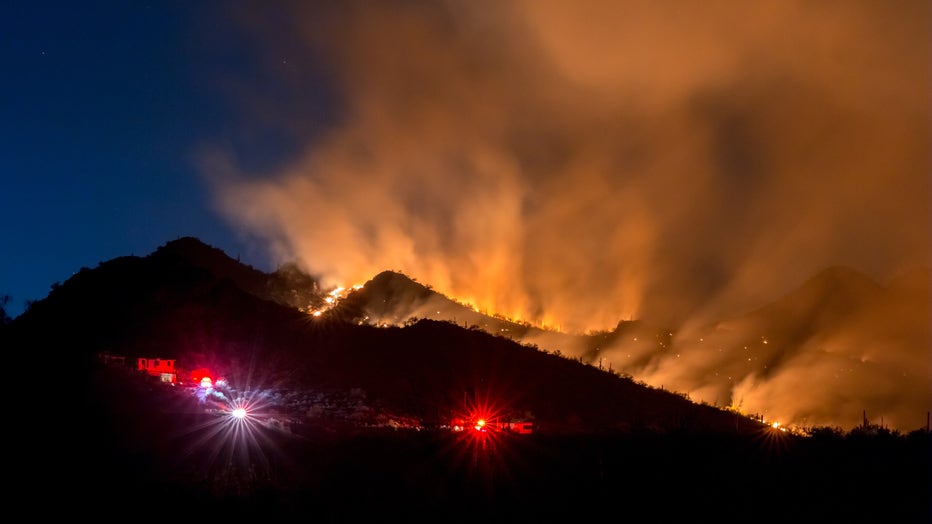 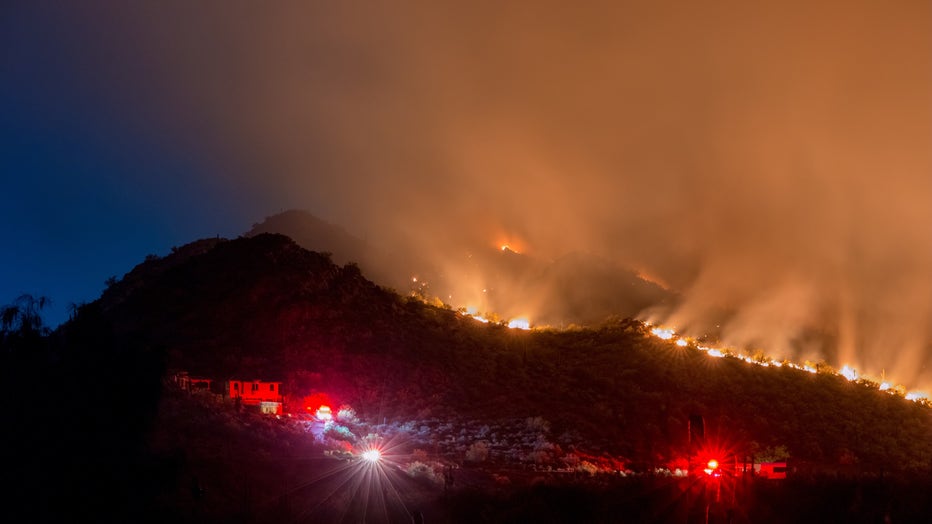 According to Tiffany Davila, a spokeswoman for the Arizona Department of Forestry and Fire Management, winds picked up on Sunday, causing fire to spread through a green space, into the desert, over a mountain and move toward neighborhoods.

Forecasts on Monday called for winds in the area to reach up to 30 mph.

East Desert Fire continues to burn near Cave Creek, but containment is growing

The fire has forced the evacuation of over 100 homes overnight on Sunday. FOX 10's Matt Rodewald reports.

Another complicating factor was the density of vegetation, which had grown significantly thicker due to heavy rains last year, said Brent Fenton, a spokesman for Daisy Mountain Medical and Fire, which was the first agency to respond to the fire.

“Everything is pretty crispy out here,” said Davila.

On Monday, a DC-10 plant was seen dropping up to 12,000 gallons of neon red fire retardant on the flames and brush below. Meanwhile, a helicopter was hitting the fire with water.

"If you look at the train up there, it’s really dangerous. We don’t want the 'Cave Creek 19,' but that’s the kind of disaster that can happen," said Cave Creek Mayor Ernie Bunch.

One of the problems faced by fire crews is a dry weed called stink net, which blankets much of the Sonoran Desert, and is extremely flammable.

Residents and workers near the fire say they feel confident.

“We feel good, we feel comfortable with it. I don’t see any smoke up there in the hillside. I don’t see hot spots or anything," said Henke.

“Evacuation. If you know it comes to that. We’re really keeping an eye on it. However, we do not foresee it at all, so just keeping a close eye on it is all we’re doing," said Petra Sposito, Front Desk Manager at Rancho Mañana.

As 400 firefighters battle the flames in the midst of the ongoing COVID-19 pandemic, fire officials are forced to use COVID-related protocols, such as temperature checks and social distancing.

"We have 400 firefighters, so it’s made it too hard to keep them six feet apart," said Davila.

A cause of the fire remains under investigation.

Crews also battled a small brush fire near Highway 87 and Highway 188 on Sunday. Authorities say it was human-caused.