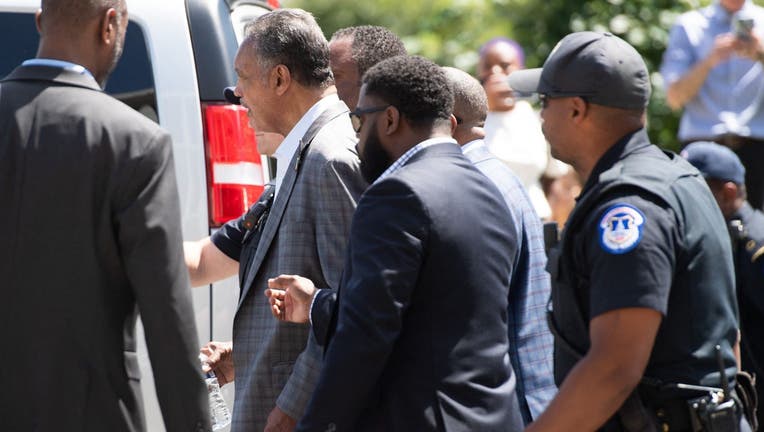 Rev. Jesse Jackson, Sr. (2nd L) as he joins demonstrators in blocking traffic as they call for Senators, specifically US Senator Joe Manchin, Democrat of West Virginia, to support the elimination of the Senate filibuster in order to pass voting right

WASHINGTON - Progressive clerics Rev. Jesse Jackson and Bishop William Barber II were among more than 20 people arrested during a Poor People’s Campaign demonstration at the U.S. Capitol on Wednesday, according to police.

READ MORE: 4 arrested after 2nd night of DC protests ahead of Chauvin verdict

The campaign announced that they’d be holding the demonstration under the banner "A National Call for Moral Revival" this week. 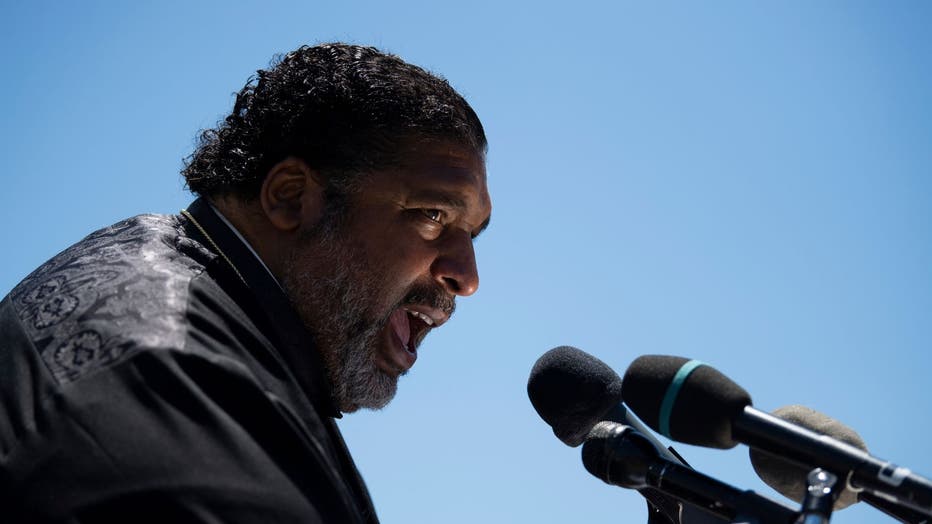 Bishop William J. Barber II speaks at the Moral March on Manchin and McConnell, a rally held by the Poor Peoples Campaign, calling on them to eliminate the legislative filibuster and pass the "For The People" voting rights bill, outside the Supreme C

The mission of the demonstration was to protest Senators Joe Manchin and Mitch McConnell for their failure to vote for the $15 minimum wage, and also their opposition to the For the People Act.

Jackson, Barber, and the other protesters were arrested for crowding/obstructing, Capitol police said.