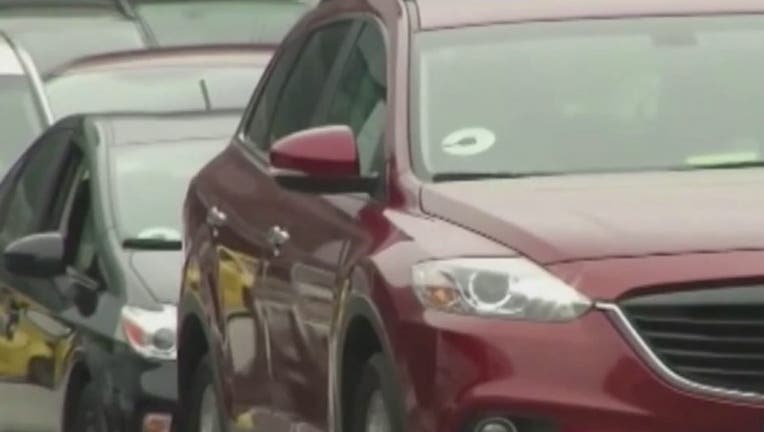 PHOENIX - If you use Uber and Lyft to get to and from Sky Harbor, you could soon be paying a lot more to do so. The airport wants to increase the fees by as much as $5. This would make Sky Harbor one of the most expensive airports for rideshare users.

We mentioned this to travelers at Sky Harbor and they all had a strong reaction. Now, this hasn't passed, but it is up for a vote. As you can imagine, many people we spoke to were not happy about this.

Airports want to raise Uber and Lyft prices and fees could go up as much as $5. People waiting to be picked up at the airport are responding to the news that they may be paying a lot more for a ride to and from the airport.

"It would be nicer if they could do it a little more gradual than a big bump," said Becky Phelps.

"I usually take an Uber of a Lyft because it's reliable, fast, and economical — [it] makes my trip easy," said Carla Rotering.

"If the prices got too high, then yeah, it would be a concern if I could use them or not," Phelps said.

This would be a 200% increase in fees and the airport says 80% of the funding would go toward the costs for the sky train. Both Uber and Lyft have responded in a statement.

"These fees would make Sky Harbor one of the most expensive rideshare airports for rideshare users in the country. Lyft urges the council to consider a more fair and equitable solution.

We support paying our fair share at airports across the country, but the city's plan is irresponsible to riders.

This vote will be scheduled to go to Phoenix City Council on Oct. 16. We reached out to the city and city councilors and did not hear back.