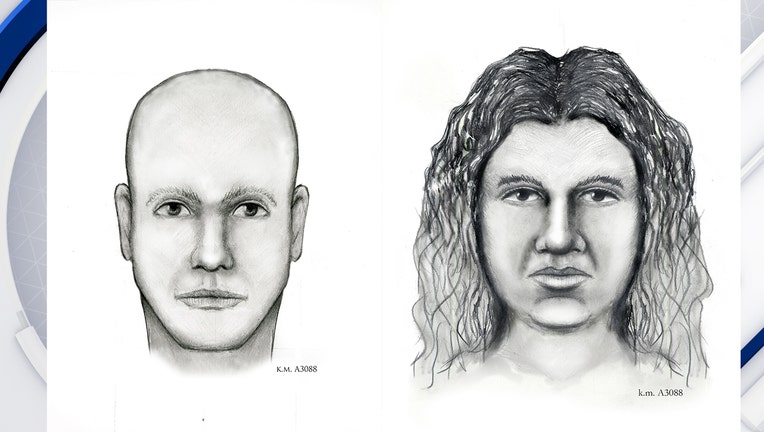 Composite sketch of the suspects in the murder of a security guard in Phoenix in 2013.

PHOENIX - Phoenix Police officials are asking members of the public for information on a man's murder that happened eight years ago.

According to a statement, the victim in the crime, identified as 59-year-old Jeffrey Bellemare, was working as a uniformed security guard at an apartment complex near Maryvale Parkway and Clarendon Avenue in Maryvale when he was shot and killed. The crime reportedly happened at around 1:30 a.m. on Nov. 29, 2013.

"A male and female were observed running from the scene," read a portion of the statement.

The suspects were described by police as a white or light-skinned Hispanic male and female. The two were seen getting into a car that is described as an older model sedan with a vinyl top and possible front-end damage from a prior incident. Police officials also released a composite sketch of the two suspects.

Anyone with information should contact Silent Witness at 480-WITNESS. Spanish speakers can call Testigo Silencioso at 480-TESTIGO. Police officials say there is a reward of up to $2,000 for information leading to the arrest and/or indictment of the suspects.