PHOENIX - The skies over a scattering of Western U.S. cities will stay dark for the third consecutive Fourth of July as some major fireworks displays are canceled again this year, this time for fire concerns amid dry weather, along with pandemic-related supply or staffing problems.

The city of Phoenix said it canceled its three major Independence Day displays because it couldn’t obtain the necessary fireworks due to supply chain problems. Displays in several other Phoenix metro cities are still on.

Flagstaff in northern Arizona will carry out its annual Independence Day parade through the city’s historic downtown, but a new laser light show will replace the standard pyrotechnic display because of concerns about sparking wildfires. 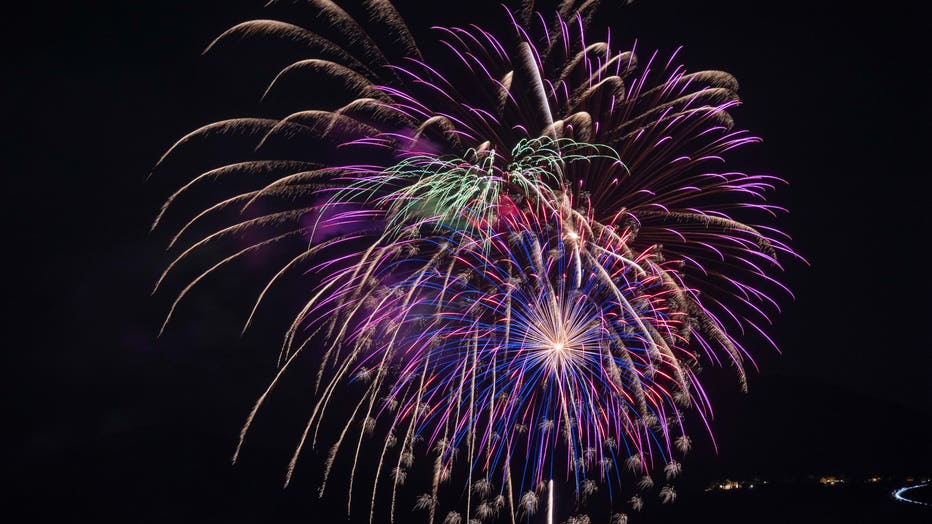 Prescott, AZ - JULY 4: Despite other cities canceling Fourth of July fireworks shows over wildfire concerns, this holiday show is held as the drought continues to worsen on July 4, 2021 in Prescott, Arizona. (Photo by David McNew/Getty Images)

A wildfire skirted the mountainous city in recent weeks while another burned farther north, prompting hundreds of people to evacuate.

"The decision was made early because we wanted people to be able to make plans with their families," said Flagstaff city spokesperson Sarah Langley.

Fire officials in some cities worry that the cancelations could prompt some people to ramp up their use of consumer fireworks in residential areas.

"We are typically worried about exposure of sparks and fire to homes and dry brush," said Phoenix Fire spokesperson Capt. Evan Gammage. "We get so many calls around this time of year."

Fireworks shortage impacting how Arizonans will celebrate Fourth of July

The Fourth of July is quickly approaching, and this holiday will certainly be affected by those supply chain issues and higher prices we are seeing across the country. We're talking about the shortage of fireworks as supply is going to be an issue.

With the increased risk of wildfires this summer in Arizona, some cities have either cancelled fireworks shows, or banned them all together. That includes the city of Flagstaff where they are putting on a laser light show. Flagstaff Mayor Paul Deasy joins us for more.