Some unsuspecting customers have gotten a surprise while eating out, as a result of a new minimum wage hike that was approved by voters in 2016. FOX 10's Bailey Miller reports.

PHOENIX - Some unsuspecting customers have gotten a surprise while eating out, as a result of a new minimum wage hike.

The wage hike, which raised Arizona's minimum wage from $11 to $12 per hour, is a result of Proposition 206.

Each business is doing something different to respond to the wage increase, but some in the Valley are passing the extra costs onto customers and putting it on the receipt.

At the bottom of the receipt at Tennessee Grill and Bar in Anthem. underneath Sales Tax, is a line that reads Prop 206 fee. According to the restaurant's menu, a 3.5% surcharge is added to every guest's check to provide increased wages and benefits to our employees. 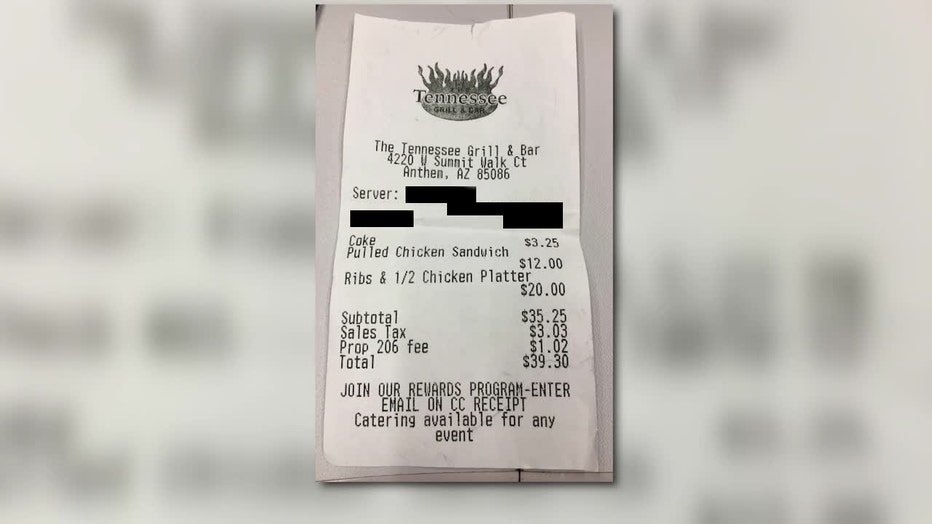 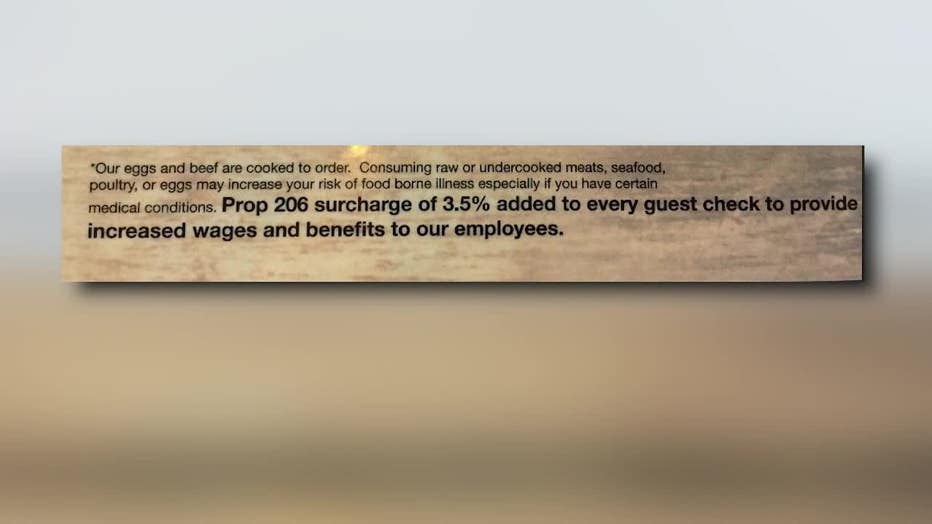 "What we have seen is that restaurants have added a surcharge," said Dan Bogert with the Arizona Restaurant Association, in a phone interview. "Anywhere from 1% to 3% surcharge to help cover increased labor costs."

Bogert says this is one way restaurants are coping with the increased labor costs. They say some restaurants are reducing employee hours, operation hours, and increasing the productivity of existing staff.

For 2020, it's $12, and beginning New Year's Day 2021, minimum wage increases in Arizona will be based on increases in the cost of living.

Bogert says 2020 is a big year because it is the largest increase.

FOX 10 has reached out to several restaurants, including Tennessee Grill and Bar and other restaurants with the surcharge on the receipt, but the restaurants have yet to respond.